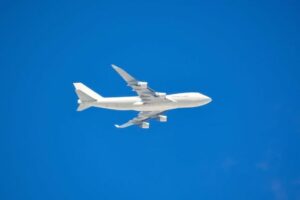 The New York Times is reporting that Boeing Corporation has requested that the state of Washington stop providing it with tax breaks that the World Trade Organization (WTO) has on multiple occasions ruled to be an illegal subsidy under the Agreement on Subsidies and Countervailing Measures. On February 19, State Senator Marko Liias and co-sponsors introduced a bill at the company’s request to end these subsidies.

Of course, Boeing’s move did not come from the goodness of the company’s heart. It represents part of its maneuvering in its WTO war with Airbus. 16 years ago, the United States challenged Airbus’ EU subsidies at the WTO and the European Union fired right back with a complaint against Boeing’s subsidies from the state and federal government. Both won as plaintiffs and lost as defendants. (The same was true for Canada and Brazil, which alleged illegal export subsidies to Embraer and Bombardier regional jets.) As I noted over six years ago, while the federal government had eliminated its subsidies to Boeing through NASA and the Department of Defense, the state and local subsidies were continuing merrily along. Indeed, the WTO Appellate Body affirmed this again last year (h/t NYT), with the state subsidies valued at $100 million per year.

As a result, the company wants to clean its slate in order to help the United States press its case against Airbus and the unresolved issues there with EU subsidies. (Note that in the WTO, only countries have standing to file complaints; companies cannot do so.) Airbus received billions of dollars worth of subsidized loans in so-called “launch aid.” This is quite an amazing dispute: Not only has it lasted ever since the World Trade Organization came into being in 1995, but a settlement to the dispute was supposed to be part of the agreements creating the WTO.

The bill is expected to pass in the current legislative session, which ends March 12. Thus, thanks to the European Union and the World Trade Organization, Washington taxpayers will save $100 million a year going forward.

Update: CNBC reports that the tax break saved Boeing $200 million in 2018, double the amount mentioned above.