Washington, DC – More than 190,000 American workers have been laid off since March across 1,900 companies that received loans through the Paycheck Protection Program (PPP). The companies intended to support 251,000 workers – instead, they laid off 76 percent of them. About one in eight of those workers lost their jobs permanently. 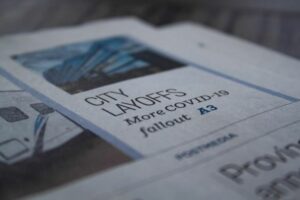 Among the affected workers in 41 states and the District of Columbia, none typically got 60 days’ advance notice of their layoffs and more than two-thirds got no advance warning at all. Indeed, four out of five of the PPP loans were approved after layoffs had already occurred.

This discovery comes from Good Jobs First’s national analysis of Worker Adjustment and Retraining Notification (WARN) Act notices. The WARN Act requires certain employers to provide advance notice of layoffs to workers, local government and the state and is one of the few sources for gauging the effectiveness of the PPP in the absence of meaningful post-receipt reporting requirements.

“Each PPP-WARN overlap identified in this report represents a case in which an employer may have gone back on its promise of job retention, but our findings are not a blanket criticism of the 1,900 companies,” Good Jobs First Research Analyst and the report’s author Mellissa Chang said. “Instead, these findings bring to light several major flaws in the PPP that allowed these layoffs to occur, including delayed loan approvals, insufficient loan amounts, and overly generous loan forgiveness provisions.”

At the time of analysis, only PPP loans of $150,000 or above had been disclosed, so our investigation includes only those. Furthermore, because the WARN Act does not cover all businesses and layoffs, the numbers of dislocated workers are certainly far greater than even the most comprehensive WARN analysis can estimate.

Through our investigation, we conservatively identified 1,892 businesses that received a PPP loan of at least $150,000 and filed a WARN Act notice. In total, these layoffs affected 190,917 workers.

The corresponding PPP loans for these businesses amount to more than $3.6 billion—an estimated $1.9 million per business . . These job losses raise serious questions about the success of the PPP, which was specifically designed to keep workers on payroll despite substantial declines in business revenues caused by the COVID-19 pandemic.

Based on our observations, we propose four modifications to correct these weaknesses in any extension of PPP by Congress:

“Previous research by Good Jobs First has shown that many PPP recipients had track records involving allegations of defrauding Uncle Sam (under the False Claims Act) or engaging in offenses such as wage theft,” Chang said. “We think going forward that those companies should be required to pay their loans back, at higher interest rates, and be subject to mandatory audits for which they bear the cost as part of their loans.”

The report, “ WORKPLACE WARNINGS: The Need for a New and Improved Paycheck Protection Program,” is available at Good Jobs First.