Whatever Became of the Multistate Compact on Tax Incentives?

Whatever Became of the Multistate Compact on Tax Incentives? 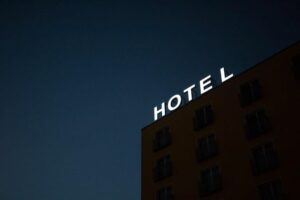 “Unless you live in Colorado or are a country music fan, you may have never heard of the Gaylord Rockies Resort and Convention Center, the self-styled ‘Opryland of the West.’ At least, I hadn’t heard of it.

The 1,501-room resort — the state’s largest — is located in Aurora, about nine miles southwest of Denver International Airport. Operated by Marriott, it offers many activities, like a spa, golf, a ‘lazy river,’ water slides, and pickleball (whatever that is). It opened in December 2018 and, like most hotels and resorts, it struggled during the pandemic. It was shut down for a time, and then opened at limited capacity in June of 2020. It’s fully open now, and you can book a room starting at about $229 a night.

I ran across the resort because of a May 21 article in The Gazette announcing that Ryman Hospitality Properties was buying all the remaining interest in the facility.1 Ryman is a Nashville, Tennessee-based company, and it’s the same Ryman as the city’s fabled Ryman Auditorium, long the home of the Grand Ole Opry.

The fact that there’s a very nice hotel near Denver is not what drew my attention. What’s eye-opening about the article is its contention that the resort is the beneficiary of $1.3 billion in state and local tax incentives over 23 years, according to public records obtained by The Gazette.

The incentives are conditioned on performance, but if The Gazette’s findings are correct, the Gaylord Rockies Resort incentive package would rank about 15th on the all-time list of ‘megadeals
‘ compiled by Good Jobs First, a Washington-based group that tracks large state and local business subsidies for individual companies …

By now, tax concessions of this magnitude for individual companies aren’t a surprise, but as I read this article, it made me recall an effort that was in the media before the pandemic to do something to halt or limit business tax incentives. I wondered what had become of the effort, which included a proposed multistate compact on tax incentives.”