Washington, DC —Good Jobs First today announced a large new addition to Violation Tracker, the country’s first public database of corporate crime and misconduct: more than 34,000 cases brought by the Wage and Hour Division of the U.S. Department of Labor since the beginning of 2010 for violations of overtime, minimum wage and other provisions of the Fair Labor Standards Act. 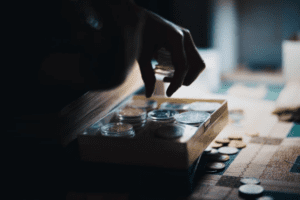 The new Violation Tracker expansion includes data from two other federal agencies: the Federal Communications Commission and the Agriculture Department’s Grain Inspection, Packers & Stockyards Administration. With four expansions since its launch, the database now covers 42 federal regulatory agencies and all divisions of the Department of Justice. Entries for all agencies have been updated through the first two months of the Trump Administration.

Violation Tracker now contains more than 158,000 entries with total penalties of more than $320 billion, most of that connected to some 2,400 large parent companies whose units and subsidiaries are linked together in the database. Violation Tracker’s coverage currently begins in 2010 but will be extended back to 2000 later this year.

Good Jobs First is a non-profit, non-partisan resource center promoting accountability in economic development. Based in Washington DC, it was founded in 1998. Its Corporate Research Project provides research resources for organizations and individuals concerned about all forms of corporate accountability. The initial version of Violation Tracker was made possible by a grant from the Bauman Foundation. Additional support has been provided by the Surdna Foundation, the MMHBO Fund, and The Reva & David Logan Foundation.