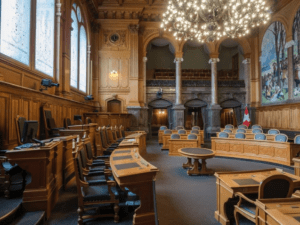 “The vast majority of cases brought by the 93 U.S. Attorneys involve individual drug prosecutions, but we tracked down the important subset in which corporations are targeted for offenses such as fraud, foreign bribery and serious product safety violations,” said Good Jobs First Research Director Philip Mattera, who leads the work on the database.

The 1,000 newly added civil and criminal case records represent more than $18 billion in fines and settlements. Three dozen of the cases have penalties of $100 million or more, with banks (such as JPMorgan Chase and Deutsche Bank) and pharmaceutical companies (such as Purdue Pharma and Novartis) appearing most frequently. There are also many False Claims Act cases involving hospitals (both for-profit and non-profit) as well as other healthcare providers. A list of the new cases can be found at https://violationtracker.goodjobsfirst.org/prog.php?agency_sum=USAO

Violation Tracker now contains 300,000 entries, which total $400 billion in fines and settlements in cases brought since 2000 by more than 40 federal regulatory agencies and all divisions of the U.S. Justice Department.

Good Jobs First, based in Washington, DC, is a non-profit, non-partisan resource center promoting accountability in economic development. Its Corporate Research Project provides research resources for organizations and individuals concerned about all forms of corporate accountability. The initial 2015 version of Violation Tracker was made possible by a grant from the Bauman Foundation.