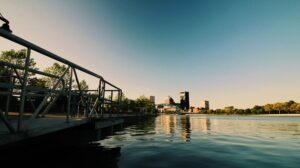 A database maintained by Good Jobs First, a national subsidy research organization, indicates that of 306 projects that received at least $50 million in public subsidies since 2000 no state has earmarked more for these so-called “megadeals” than New York.

Only a half-dozen of New York’s megadeals took place downstate. The six costliest deals benefited businesses located upstate and include Alcoa in Massena, GlobalFoundries near Albany, and SolarCity in Buffalo.

Greg LeRoy, executive director of Good Jobs First, said megadeals are “guaranteed losers for taxpayers.” The government can never hope to recoup its investment through increased tax revenues, he said, shifting the tax burden for public services to other taxpayers.

So why do megadeals remain popular?