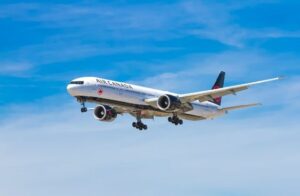 Whaddaya know? Just four days after I mentioned that Boeing did not repay the billions it had already received from the 2003 Washington state subsidy package (h/t Greg LeRoy), the World Trade Organization approved EU retaliation for these subsidies in the form of $4 billion per year of tariffs on U.S. goods.

Predictably, Boeing and the U.S. government are crying foul, saying it wasn’t fair to allow tariffs on a subsidy that had already been terminated. But they didn’t acknowledge that the company had already received about three-fourths of the tax breaks the state awarded in 2003, or approximately $2.4 billion in nominal terms at the originally reported figure of $160 million per year. Note that the New York Times continues to report this figure as $100 million per year, while CNBC reports that the company saved $200 million in 2018 due to the tax breaks, so YMMV. In any event, it’s still a lot of money.

Moreover, when Boeing announced the end of 787 production in Washington, Governor Jay Inslee said that the company’s “favorable tax treatment” in the state needed to be reconsidered. According to the Seattle Times , the main tax breaks saved the company $1.4 billion in 2014-2019 alone. You can see why the European Union and Airbus complain that Boeing is still being subsidized.

Don’t forget that Airbus is also subsidized. The WTO authorized the United States to impose $7.5 billion in tariffs annually on EU products over “launch aid” given to Airbus in the form of low-interest loans and about $4 billion in grants. As several of the New York Times interviewees noted, these dueling, WTO-approved tariffs may finally create the impetus to negotiate an end to the Boeing-Airbus subsidy war. Time will tell.