Unequal economic development, why secretive deals must end and the trouble with Opportunity Zones 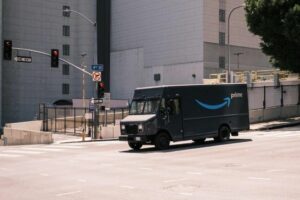 This is Arlene Martínez, communications director with Good Jobs First, with a quick update on some things we’ve been up to.

Let’s start with this explosive piece on Amazon that found the company’s massive Chicago-area expansion involved $741 million in taxpayer funds, largely from Black and Latino communities.

As Good Jobs First Executive Director Greg LeRoy notes, it’s getting harder to find out what we all pay to grow Amazon: “We have noticed that Amazon has gotten more secretive about its redevelopment incentives, and Illinois is a good example of that where they are using LLCs as the ownership structure and properties owned by others.”

Speaking of a lack of transparency, South Carolina doesn’t disclose economic development incentives even years AFTER a deal is finalized. State Sen. Dick Harpootlian and LeRoy wrote an Op-Ed for The State on why the secretive deals must end.

They write: “In many states the deals are public even before final approval, which allows taxpayers to see what they’re getting in return and hold companies accountable to their promises.”

In related South Carolina news , we recently found public schools lost $423 million in FY 2019 to corporate tax breaks, a jump of 31% from just two years earlier. Some of the hardest-hit districts also had the highest student poverty and share of Black and Latino students.

How we did it (and you can too!): We found the total abatements via GASB Statement No. 77, disclosed on year-end spending documents called Comprehensive Annual Financial Reports (CAFRs). :

You can find data for your area in two ways:

📹 : We put together a 10-minute video explaining on how to make the most of Tax Break Tracker.

Dr. Kendall Deas, a education policy expert at the College of Charleston, wrote about our findings and the link between economic development and good schools in South Carolina’s paper of record, The State.

Paul Bowers, who writes the “Brutal South” newsletter, also wrote about the report’s implications (and stick around for his excellent GASB 77 explainer!).

More inside COVID Stimulus Watch : We’re continuously updating our database tracking CARES Act and other COVID-related spending . You can now search by charter school and private school recipients, and it now has information on companies that received federal pandemic-related contracts.

Spoiler: Many companies that got lucrative contracts had histories of defrauding the federal government. Phil Mattera goes into greater detail on those companies at Dirt Diggers Digest.

📹: Here’s a video explainer on how to make the most of COVID Stimulus Watch.

Here, reporters with Bloomberg and PBS’s FRONTLINE talk Amazon – what’s coming next and how to source big tech companies, as well as how a microwave purchase led one reporter to discover the city of Cupertino, California has returned $70 million in sales tax collections to a little company called Apple.

In this panel, reporters with the New York Times, Next City, Bloomberg and ProPublica talk Opportunity Zones and how they have benefitted largely wealthy developers in comfortable communities – and why it’s overall bad public policy.