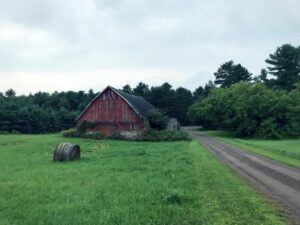 “President Trump and Foxconn chairman Terry Gou should voluntarily cancel the $4.8 billion subsidy deal they wrested from the State of Wisconsin and Racine County, and the corporation should make Racine County taxpayers whole for hundreds of millions of dollars they have obligated or are slated to spend for infrastructure and land parceling. It should also reimburse the State for staff time and other expenses incurred negotiating and enacting the always-implausible deal.

“Even though the State reportedly could be obligated to assist local governments in Racine County for 40 percent of some of their costs, 100 percent of those costs should come from Foxconn shareholders, not Wisconsin taxpayers.

“If Foxconn never manufactures anything in Wisconsin, it will have no need for the massive greenfield footprint. If it plans to conduct research in Wisconsin, those jobs belong in existing urban labor markets that already have roads, transit, water and sewer service.

“President Trump absolutely owns this failure. He did something no other president has ever done: actively aiding Foxconn chairman Terry Gou in playing states against each other for the deal, endorsing the riskiest sort of trophy deal-chasing economic development model. Never before has a president endorsed the ‘war among the states,’ much less participated in it.

“None of the recent news surprises us. At $4.8 billion and counting, the Foxconn megadeal is the third-costliest corporate subsidy package in U.S. history. It was always way too many eggs in a risky, high-tech basket.

“The idea that Foxconn was going to manufacture complex displays half a world away from its supply chain was always dubious on its face. The claim of 13,000 jobs was even more laughable, given how automated most manufacturing has become.

“Megadeals have never been the way technology clusters are built. Together with Prof. Maryann Feldman, we laid out the proven way in a Guardian opinion piece last year.”