Tips for covering Amazon, Texas’ “perverse” incentive, and the new PPP: worse than the first? 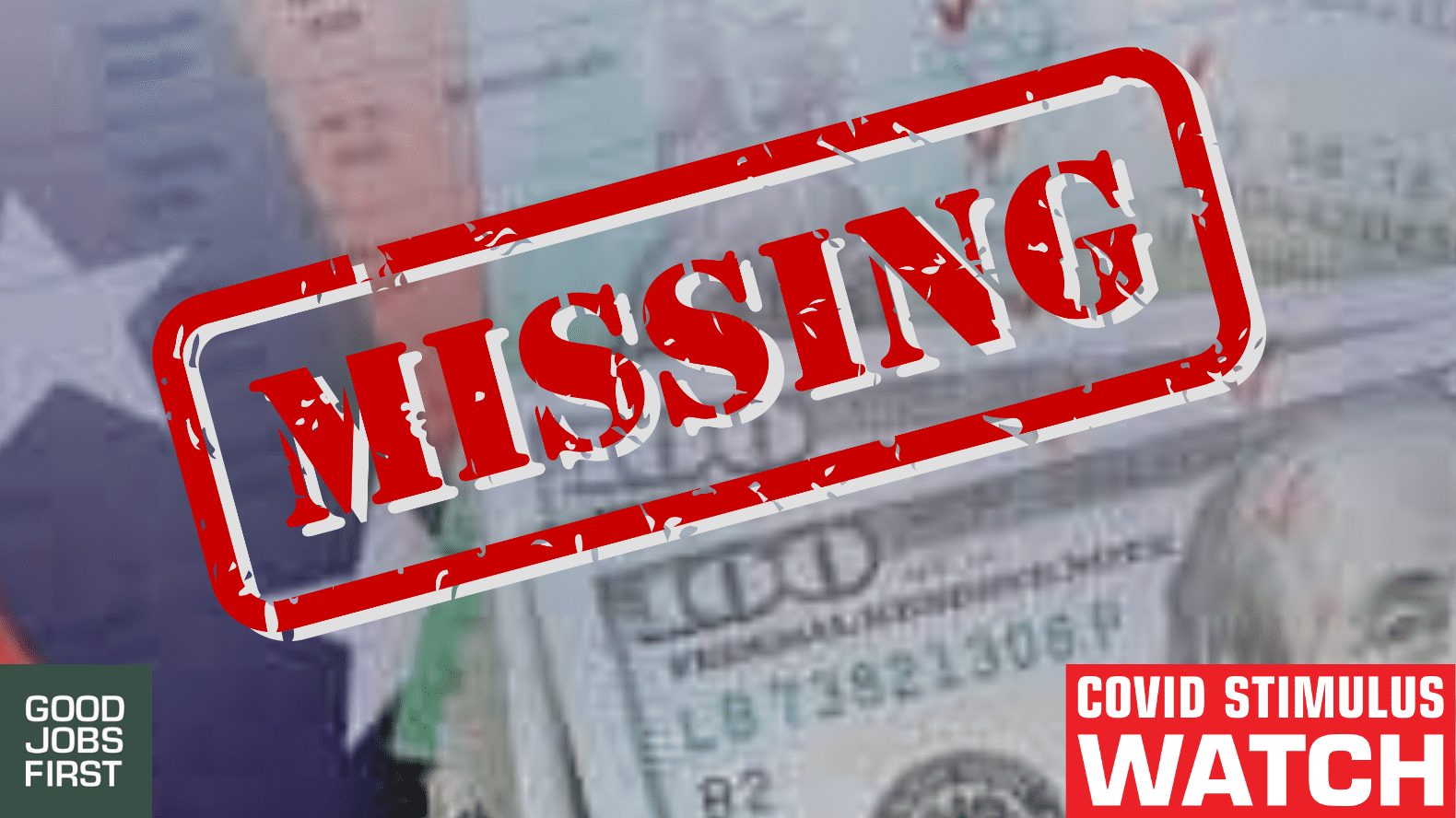 This is Arlene Martínez, communications director with Good Jobs First, with a quick update on some of our work.
I’ll start today with this “Amazon is Coming to Town” explainer I put together with Pat Garofalo, the director of state and local policy at the American Economic Liberties Project. Our paths cross often, together as we are at the intersection of subsidies and social justice, and we both saw value in helping people ask some vital questions before Amazon arrives.
It isn’t enough to take at face value the usually overstated claims of new jobs and economic vitality Amazon cheerleaders promise. The truth is, it’s often going to be a losing proposition, and that side needs as much telling.
We hope you’ll pin this on your desk and share it with all your friends. Amazon is really hurting workers, small businesses and creating a monopoly on several fronts – and it’s doing it with billions of dollars in help from taxpayers.

“Chapter 313 is wasteful and unnecessary”

So says Dick Lavine, a senior fiscal policy expert at Every Texan, who spoke with me about one of the nation’s most generous corporate subsidy programs.
Chapter 313, so-called for its place in the state’s tax code, works like this: If a school board approves a property tax abatement for a developer, who need only pinky promise they wouldn’t come without it, the state (read: all Texas taxpayers) reimburses the school district. But wait, it gets worse – in many of these deals, the district gets more money than if it rejected the deal. 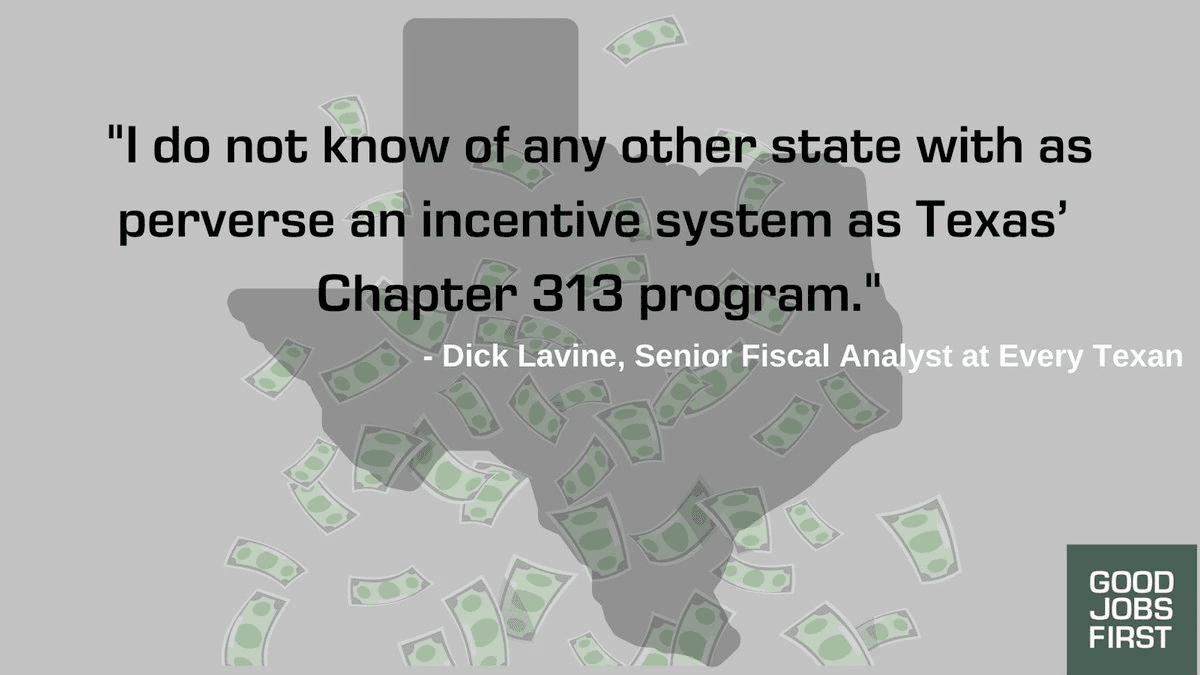 Read more about his thoughts on Chapter 313 in Good Jobs First’ inaugural “ 5 questions with…” feature, which we’ll be doing on the regular.

We haven’t forgotten you, CARES Act and CARES Act 2.0

By now, you may know the CARES Act 2.0 did little in the way of preventing fraud or ensuring that hard-hit workers were prioritized, despite our hopes and recommendations for how it could be better than the first.

But did you know that 2.0 is even worse in some ways, particularly when it comes to the Paycheck Protection Program? I’m talking about that little gift to businesses that lets them turn their loans into cash money, and then deduct that amount from their taxes so it’s like a double gift.

All I’m saying is, I paid taxes on my unemployment compensation (I was furloughed several weeks by my previous employer early in the pandemic).
“But what is most notable about the PPP extension is what it is missing. H.R. 133 does nothing to address workers’ most pressing concerns: layoffs and wage reductions,” writes Good Jobs First Research Analyst Mellissa Chang.
Also, we just updated Covid Stimulus Watch, with precise loan amounts for PPP loans of $150,000 and higher through Aug. 8, 2020. What’s still missing: data on race and gender (because the Small Business Administration doesn’t require it), company names and addresses for hundreds of recipients (seriously) and a breakdown of which companies had loans forgiven. So far, the SBA has released only a total of all forgiven loans – $100 billion. We’ll be watching.
We also broke down how much PPP money went to charter schools and private schools. There’s quite a variation. Like Californians per-capita got $7.22 for charter schools, while Washington, D.C. residents per-capita got $54.56 . Explore the data yourself, and let us know what you find.