The Teamsters Are Coming for Amazon’s Tax Breaks

September 3, 2021
The Teamsters Are Coming for Amazon’s Tax Breaks

“This summer, communities around the United States have been declaring stunning victories in struggles to block Amazon warehouse projects in their cities and reject tax breaks that the tech giant demands from the localities and states where it opens facilities.”

And the Teamsters are just warming up, Randy Korgan, the Teamster’s national Amazon director, told Motherboard.

“Amazon is thinking about how low they can pay people and then asks for infrastructure incentives and tax credits,” said Korgan. “It’s gross to think about the amount of value that Amazon has pulled out of local communities, and now we’re stuck with hundreds of thousands of these jobs.”

As we’re chronicled, Amazon has received over $4.1 billion in public subsidies as it battles to be the world’s No. 1 private employer.

Read the full story at Motherboard. 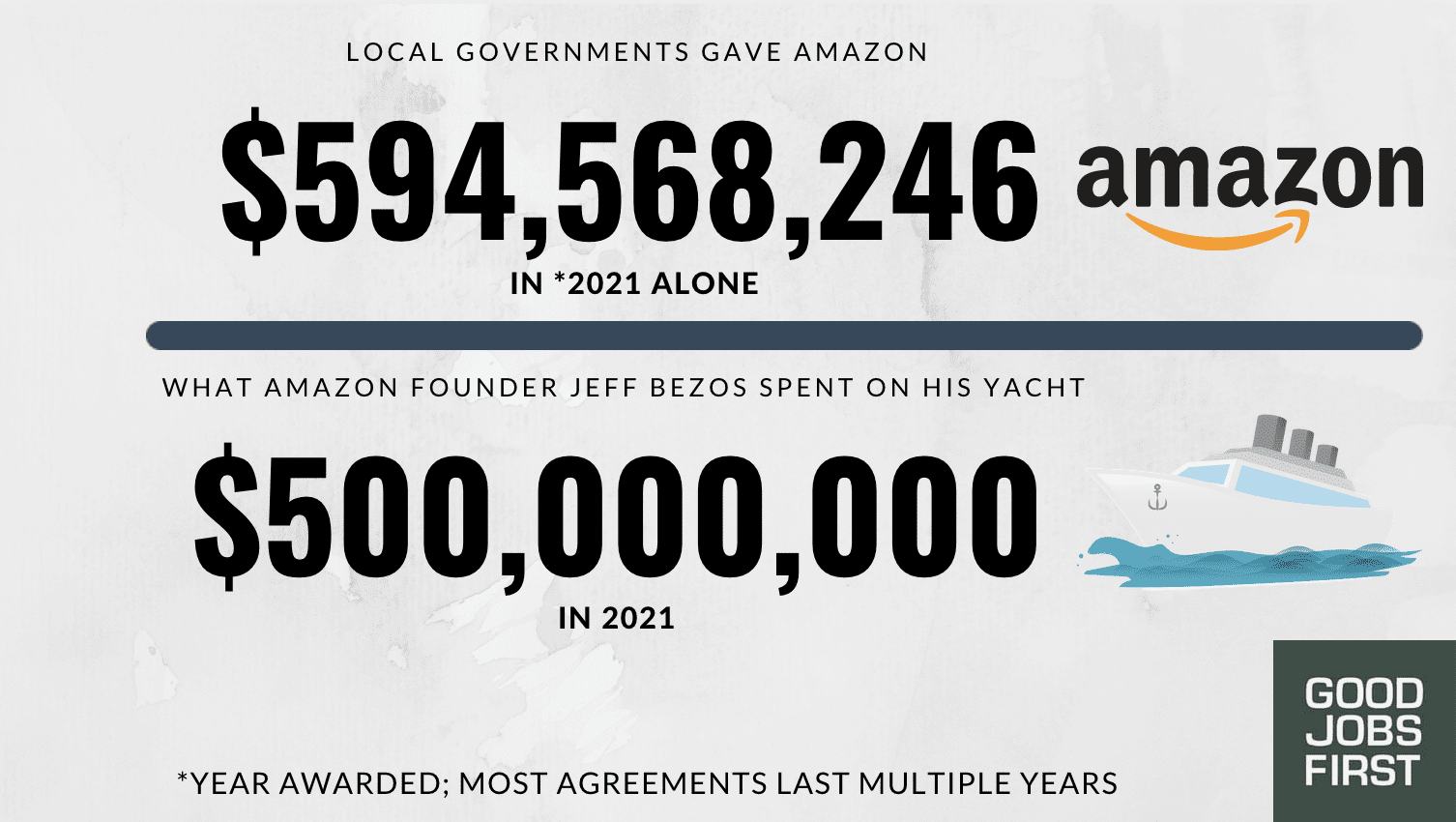