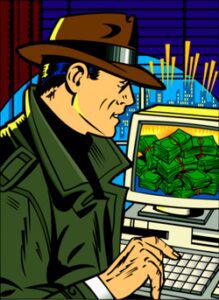 We spent this summer collecting data for the latest Subsidy Tracker update, which now is posted online and available to users. This update consists mostly of local data; however, we also added state data and four megadeals.

We collected data on over 14,000 subsidy awards from 230 state and local programs from 26 states. Some program updates are quite large. For example, 3,000 entries came from New York Industrial Development Agencies, regional economic development organizations that provide various tax breaks across the state.

Some individual awards are eye popping. The largest entries come from Allen County, Indiana, where General Motors received over $335 million in property tax abatements in one single year (2018); Washington State, where Microsoft got over $130 million in tax breaks through the High Technology Sales & Use Tax Deferral program in 2017; and localities in Nebraska, which provided almost $300 million in 2018 to companies and developers via Tax Increment Financing. The data we collected for Subsidy Tracker came from public state and local transparency webpages, program annual reports, etc.

We also added four megadeals — state and local subsidy awards of $50 million or more provided to a company for one project.  The largest megadeal in this update was a package of almost $300 million provided to SK Innovation by the state of Georgia and Jackson County for building an electric car battery plant. Megadeals can be found in the Subsidy Tracker database but also separately as a downloadable spreadsheet on our megadeal webpage.

Ps. I want to give a shout-out to our intern Gabriel Mielke for his enormous contribution to collecting the data over the summer.