Facebook just announced a third expansion of its $1.5 billion data center in Iowa. This followed a similar move by Google for its server farm in the state. These developments are fruits of the effort by officials to encourage big-name tech companies to locate in Iowa. This private investment, however, does not come free. For example, the $1 billion Google expansion is supported by $19.8 million in state subsidies. Since 2007, Iowa has offered almost $100 million in state tax credits and refunds to Facebook, Google, and Microsoft. 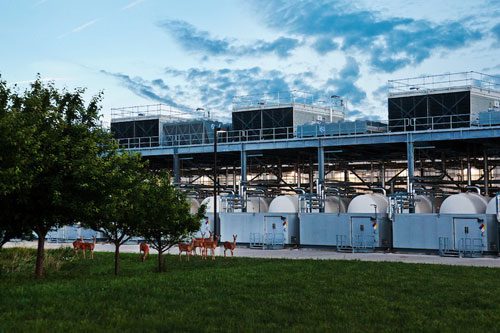 Subsidies to server farms raise a lot of questions and controversy .  A key issue is whether the tech companies should get subsidies at all, given that their location decisions are based primarily on the availability of cheap electricity (preferably renewable), plenty of land, cooler climate, access to water, and lack of natural disasters. These make places like Iowa seem a natural choice.

Because data centers are capital intensive projects, they usually create a small number of jobs and thus per-job subsidies tend to be quite large.

Despite these factors, Iowa still throws lots of money at the industry.  Here is a quick look at Iowa’s subsidies to the three tech giants:

2007- The company received $1.4 million in state tax credits and $48 million in local property tax abatements. Google was the first big-name tech company to locate a data center in the state.

2013 – The Iowa Economic Development Authority approved another $16.8 million in tax credits for a second Google facility.

2015 – The company received an additional $19.8 million in state sales and use tax refund for an expansion. Google will also pay only 20 percent of local property tax es for 5 years.

2013 – The company was awarded $20 million from the state’s High Quality Jobs Tax Credit program for a $679 million investment.

2014 – EDA approved $20.3 million in state tax credits to Microsoft for another round of expansion. The city chipped in $18 million for construction and infrastructure improvements on the site. $3.5 million in Tax Increment Financing was committed to build a water facility that will be used by Microsoft, and others, to cool servers.

2013 – After an intense and secretive competition with Nebraska, Iowa won Facebook’s server farm.  The company was approved for $18 million in tax credits for creating 31 jobs and investing $1.5 billion (the EDA report lists Facebook under Siculus, Inc , a Facebook initiative). The company also enjoys discounted water rates and has received money through Tax Increment Financing.

There is one additional thing that stands out: Google, Microsoft, and Facebook are rich tech companies that easily can afford any costs related to construction and operation of those server farms.  As one journalist put it: “ Google needs a tax break like Bill Gates needs food stamps .”