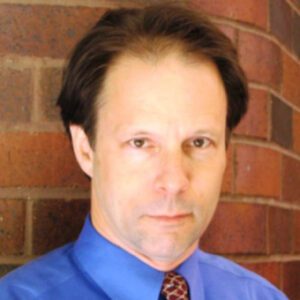 Good Jobs First Executive Director Greg LeRoy submitted the following comments to the U.S. Department of the Treasury in response to the interim rule, “Coronavirus State and Local Fiscal Recovery Funds” published on May 17, 2021 in the Federal Register.

July 16, 2021
Dear Office of the Undersecretary for Domestic Finance:

Good Jobs First is a 23-year-old non-profit resource center that promotes equitable economic development and corporate accountability. Our work since 1998 has focused on increasing transparency around the use of economic development subsidies, which a wide body of research has found actually do little to boost economic outcomes for communities.

We appreciate the opportunity to comment around how the Fiscal Recovery Funds can help ensure money is used for public goods and services that directly help our most economically vulnerable households. They, not corporations, should be the priority.

There is an opportunity now to close loopholes in the interim rules to ensure states, regional and local governments are adhering to the intent of American Rescue Plan Act (ARPA). We recommend the following:

The American Rescue Plan Act (Subtitle M, Section 602) states that funds should not be used to either “ directly or indirectly offset a reduction in the net tax revenue of any such State or territory resulting from a change in the law regulation, or administrative interpretation during the covered period that reduces any tax (by providing for a reduction in a rate, a rebate, a deduction, a credit, or otherwise) or delays the imposition of any tax or tax increase.”

Because transfers from state governments comprise a large share of local- government income, protecting only state revenue levels by themselves makes no sense, if local governments remain free to undermine their revenue bases (and thereby create new state costs that could in turn use up Rescue Plan dollars, e.g., via locally granted tax abatements that trigger higher state spending to satisfy education equity requirements).

Property taxes are the largest local government revenue source, and their prospects are already fragile in many localities where commercial real estate vacancy rates are high (both because of the rise of e-commerce before and during the pandemic and because of so many retail and hospitality-establishment closures). Now, the revenue hits some cities will suffer due to property tax assessment appeals is an unknown, yet real fiscal risk.

The Treasury Department should revise the rules to make clear Fiscal Recovery Funds may not be used to provide tax cuts under the guise of economic development. As our and others’ work has long made clear, economic development subsidies play a miniscule role in determining where companies locate. And they are more likely to simply poach jobs from one area to another than create new ones.

New rules can ensure local governments do not circumvent the rules or intent of the ARPA by acting as a pass-through agency to offer economic development subsidies.

Economic development subsidy packages can extend 10, 20, 30, or even 40 years into the future. To avoid local and state policymakers approving back-loaded packages that don’t hit public coffers until 2025 (ARPA spending restrictions expire Dec. 31, 2024), governments must apply future year spending to the current year’s spending (or the year a project was approved).

Instead, state and local spending should prioritize strengthening labor standards, removing barriers to employment, and targeting high-quality jobs to workers and communities most impacted by the public health emergency and economic crisis, while ensuring public transparency and accountability.

We recommend any economic development subsidies distributed from ARPA funds be captured as part of the Governmental Accounting Standards Board (GASB) Statement No. 77. Since 2015, when the GASB issued Statement No. 77 on Tax Abatement Disclosures, tax-based incentives have been deemed so financially salient to state and local government finances that they are the only form of tax expenditure ever codified for public reporting by the GASB.

Spending on costly, company-specific “megadeals” (such as Foxconn, Tesla, and Amazon’s HQ2, all of which required state enactments as well as local revenue losses) did not subside in the mid-to-late 2010s despite the nation’s robust economic growth and record-low post-war unemployment rates. Our recent report analyzing GASB Statement No. 77 disclosures found that economic development tax abatements given to corporations cost public school districts (in just 27 states with discernible data) $2.37 billion in foregone revenue in fiscal year 2019.

That is an increase of 13 percent – a $273 million jump – from just two years earlier and came during the pre-pandemic period of economic prosperity.

To ensure proper spending, private and public citizens should have whistleblower protections against retaliation if they report violations of the rules governing how ARPA funds are spent. This would help inspectors general with enforcement.

In closing, having an effective guidance is critical because states, territories and localities have many critical needs that will be ameliorated by Rescue Plan funds but still require steady sub-national investments. The most recent data from the National Center for Education Statistics shows that: 22 states have still not restored per-pupil education spending levels to pre-Great Recession levels; 33 states still have higher student-teacher ratios; and 49 states have higher student-librarian ratios. Nationally, tuition rates at state colleges and universities are 31 percent higher than they were in 2007-2008 (after inflation).[1]

Post-pandemic, in addition to the many costs of making schools safer this school year, education experts foresee additional costs of thousands of dollars per student per year for several years to help those students, set back by as many as eight months of interrupted learning, to recover their achievement trajectories.[2]

The American Society of Civil Engineers raised its tally of the nation’s cumulative infrastructure deficit from $3.6 trillion in 2013 to $4.6 trillion in 2017. It noted that because the federal government has not raised its gasoline tax since 1993, fully 37 states have chosen to raise their own fuel charges and yet roads still get a “D” from ASCE. This is no time to let slates backslide on their infrastructure commitments.[3]

Simply put, states are well-guided to avoid revenue cuts as they emerge from the deepest, most abrupt jobs recession of our lifetimes, in which more than one million regular and gig workers per week were for about a year filing initial Unemployment Insurance claims.

We strongly urge the Treasury Department to center individuals, households, and vital public services in the distribution of ARPA funds. Economic development subsidies should be considered a bottom rung priority when it comes to determining how the money would be best spent.