State, local officials stand by Foxconn, but many wonder what the company is doing in Wisconsin

October 7, 2021
State, local officials stand by Foxconn, but many wonder what the company is doing in Wisconsin 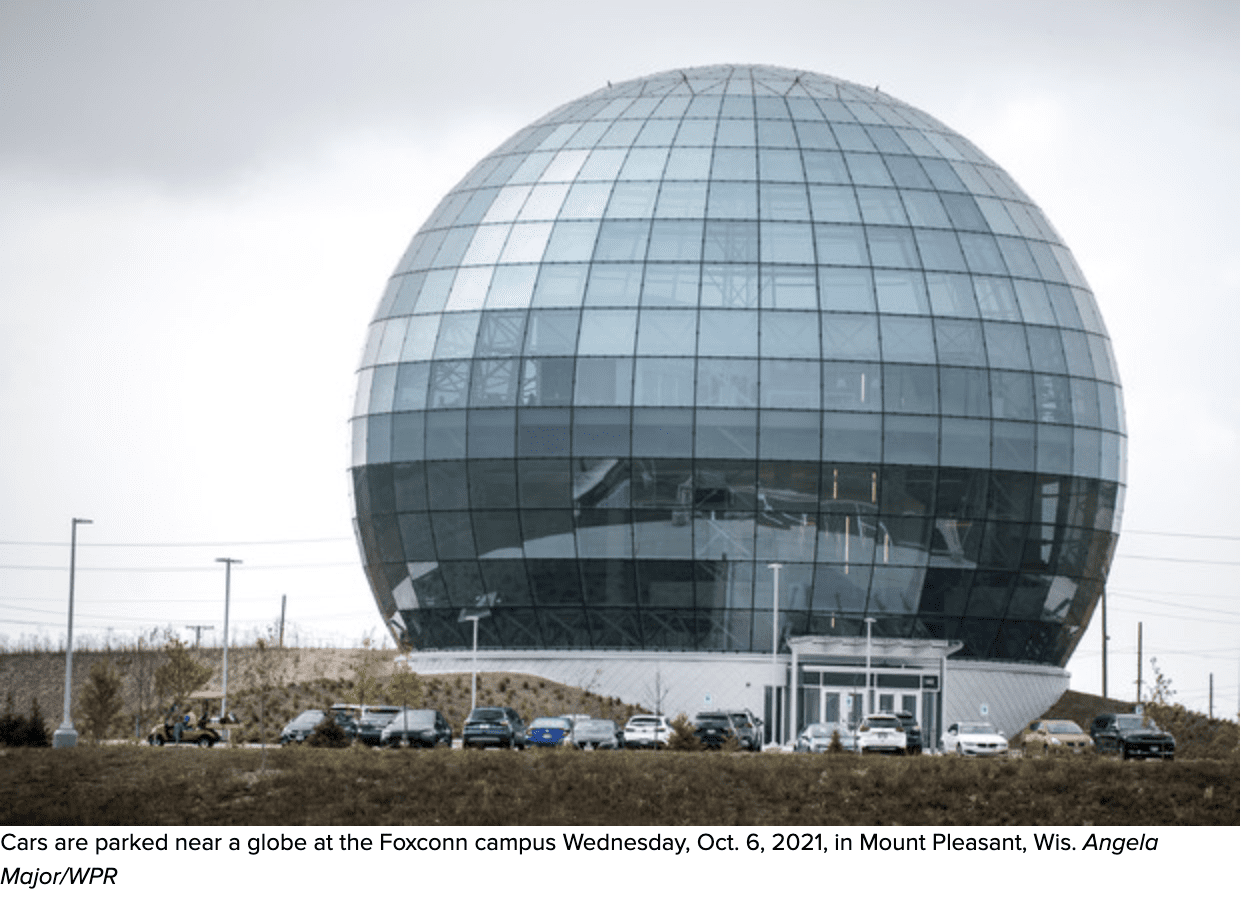 Foxconn’s lavish promises to Wisconsin residents seemed too good to be true, and they’ve turned out that way. But residents hoping for some redemption were dealt another blow when Foxconn announced its foray into automobile manufacturing would happen in Ohio.

That leaves residents Mount Pleasant and Racine County wondering if they’ll ever recoup the significant investment made to the company on their behalf. Wisconsin Public Radio had the report:

“Local officials said the money would pay for land acquisition, infrastructure upgrades and other expenses. According to the agreement, the money will be recouped over 30 years with funding and property tax revenue from Foxconn and other businesses in the district.

Local officials have repeatedly said they are protected because Foxconn must make minimum tax payments equal to about $30 million beginning in 2023, regardless of the project’s completion status.

If Foxconn defaults, the state is on the hook for a portion of the payments.

Greg LeRoy, executive director of Good Jobs First, a Washington-based nonprofit tax-break watchdog group, said that at this point, Foxconn should pay reparations to the state and local governments for the money already spent on the project.

‘(Local governments) went way out on a limb, incurred a lot of future debt obligations, displaced a lot of people through eminent domain, and now, there’s not a lot to show for it and I think the only reasonable take back is for the company to say we asked for too much, and we’re going to give it back to you,’ LeRoy said.

Even with the safeguards in place, LeRoy said special financing districts aren’t just about paying back the bonds.

‘The whole point on making a public investment is to capture the ripple effects and none of that is going to happen now,’ LeRoy said. ‘You don’t want to just barely get covered on the debt, if the debt isn’t paying off, it’s not economic development anymore.’ ”

Read the full story at WPR.