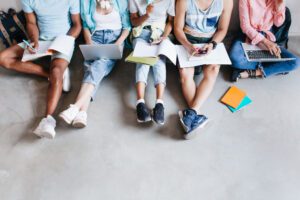 The property tax losses hit already-struggling districts hard: Six school districts with some of the highest poverty rates in the state, as measured by the share of students eligible for free or reduced-price lunch, each lost more than $2,000 per student. Four of those have majority Black plus Latino student populations.

The school districts are located in the counties of Dorchester, Greenwood, Chester, Orangeburg, Barnwell, and Calhoun.

“Our new findings confirm what we have long suspected: that the poor pay more, that corporate tax breaks often disproportionately harm historically disadvantaged communities,” said Good Jobs First Executive Director Greg LeRoy. “Thanks to recent improvements in government reporting standards, we have clear evidence of those inequities, district by district.”

Out of the 81 public school districts in South Carolina, at least 72 suffered some negative revenue impact. By dollar amount, the biggest losses were reported by Berkeley County School District and Greenville County School District—$54 million and $41 million, respectively. Eleven others lost more than $10 million each: They are located in the counties of Greenville, Charleston, Anderson, Aiken, Lexington, Spartanburg, Chester, Florence, Richland, Lancaster, and York (see the study for an Appendix with revenue losses by county).

“Our members struggle to teach in crumbling schools with poor heating and cooling systems and a lack of reliable internet connections,” said The South Carolina Education Association President Sherry East. “It baffles me to continuously hear we don’t have enough money to fund our schools, yet this report shows we are diverting huge pots of money that could be available if we just consider tax reform in South Carolina.”

Good Jobs First obtained the information thanks to a relatively new reporting requirement, GASB Statement No. 77 on Tax Abatement Disclosures, which shows how much revenue governments lose to economic development tax abatements of all kinds.

The findings are part of a wide-ranging update to GJF’s 2018 study, The New Math on School Finance, which revealed school districts in 25 states lost at least $1.8 billion to economic development tax incentives granted corporations.

School districts in South Carolina lose revenue “passively”; that is, they don’t have a say in whether their money is given away because by state law, counties control abatements.

Good Jobs First has a series of recommendations for protecting the South Carolina’s most foundational economic development investment—its public education system—from corporate tax abatements. Those include exempting the school district portion of taxes from any economic development subsidies, giving school officials a role in determining when and how their money is given away and/or strictly capping the duration of abatements.

It also recommends a robust county-based disclosure system to ensure that costs and benefits are fully visible for each employer granted an abatement.

“An important thing to realize is, we don’t have the full picture of what communities actually get in return for these subsidies because of the lack of transparency around these deals,” East noted.