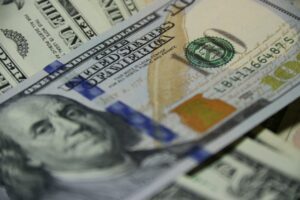 Since stimulus funds started going out, Good Jobs First and other open government advocates have been pushing for greater transparency and accountability for how trillions in CARES Act and ARPA funds are being spent. Some states, we’ve noted, have made questionable if not outright poor choices.

Thankfully, some governments are proving the money can be spent well, ensuring those most harmed by the pandemic get direct relief.

The Coronavirus State and Local Fiscal Recovery Fund (CSLFRF), a provision of ARPA, allocates $350 billion in emergency funding to state, local, and tribal governments. The money can aid public health efforts, replace lost public sector revenue, and support economic stabilization. In reality, though, states have tremendous flexibility in how it can be used: Tennessee and Kentucky, for example, used it for tax cuts that disproportionately benefit high-income earners.

By contrast, Washington, D.C. plans to use $36 million of its ARPA money to help connect formerly incarcerated people with safe housing and jobs to give them a better second chance in life. Tarrant County, Texas plans to create a diversion center to aid people experiencing mental health issues so they can avoid a criminal justice system unequipped to meet their needs.

One state is actually asking residents how they think the money should be spent. Rhode Island’s General Assembly recently launched a website that collects and shares suggestions from the public on how the funds should be used. Legislators say it’s to not only increase transparency, but to engage the public and “use this money to its maximum benefit for Rhode Islanders.”

Despite these positive examples of how governments could be using their CSLFRF money, it’s clear the pandemic made inequality worse. The 745 richest Americans now hold two-thirds more wealth than the bottom 50% of households combined. The CARES Act and ARPA funds can improve childcare options, expand housing protections, upgrade critical infrastructure, and make countless other investments that, unlike tax breaks for the well off, create lasting community benefits.