Report: How Much Do Students Pay For Corporate Tax Breaks?

Report: How Much Do Students Pay For Corporate Tax Breaks?

“A report released in March shows that corporate tax breaks are costing some school districts large amounts of financial support.

Good Jobs First devotes itself to ‘tracking subsidies, promoting accountability in economic development.’ Executive director Greg LeRoy has been leading the policy resource group since its founding in 1998. LeRoy appears as the coauthor of the report “Abating Our Future,” along with researchers Christin Wen and Katie Furtado.

Their findings show that when communities provide hefty tax abatements to attract business, it is often school districts that pay the price— a grand total of at least $2.37 billion in FY2019. 97 school districts lost more than $5 million each. And lest you imagine that’s simply a function of being a large district, the report also breaks the data down by per pupil costs. By that measure, 149 districts lost more than $1,000 per student.”

Peter Greene, who writes about K-12 policies and practices from the classroom perspective, has the full story at Forbes. 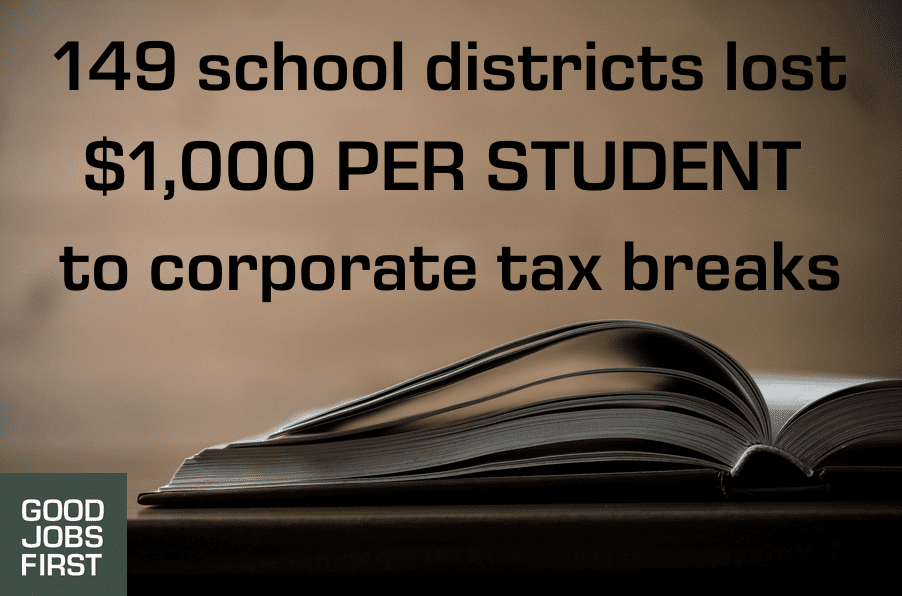