Report: Bipartisan Corporate Crime-Fighting by the States has Yielded Over $100 Billion in Company Payouts 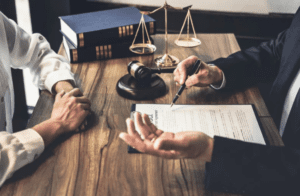 Washington, DC – A new compilation of lawsuits filed by the attorneys general of the 50 states and the District of Columbia finds that since the beginning of 2000 there have been 644 in which AGs from different states successfully cooperated on cases involving allegations of corporate misconduct. These investigations, which usually resulted in civil settlements in which the defendants did not admit guilt, often brought together AGs with divergent partisan affiliations. The total penalties paid by the companies was $105.9 billion.

These findings, based on an extensive examination of nearly 20 years of announcements by state AG offices, are contained in Bipartisan Corporate-Crime Fighting by the States , a report published today by the Corporate Research Project of Good Jobs First. It is available at goodjobsfirst.org/stateAGs.

“The current AG cases against the tech sector and drug companies are just the latest in a long series of efforts in which states cross political lines to address corporate crime,” said Good Jobs First Research Director Philip Mattera, who co-authored the report and led the data collection, which was conducted as part of the latest expansion of the Corporate Research Project’s Violation Tracker database (available at violationtracker.org).

In at least 260 multistate cases, a majority of the states signed on as plaintiffs. In 172 of the cases, 40 or more states participated, yielding $20 billion in penalties.  State AGs are split almost evenly between Democrats and Republicans, meaning that the cases with large numbers of state participants are necessarily bipartisan.

Democratic and Republican AGs frequently serve side-by-side as the lead states that negotiate settlements on behalf of the larger groups. The states that most often take a lead position – New York and California – have long had Democratic AGs. But Ohio, another frequent leader, has had both Republican and Democratic AGs in the period we examined.

In more than 80 percent of the multistate AG cases, accounting for 98 percent of total dollar penalties, the targets were large corporations. In 362 of the cases, the defendants were giant companies included in the Fortune 500 or the Fortune Global 500.

The parent company with the most cumulative penalties is, by far, Bank of America, with more than $26 billion in settlements over issues such as mortgage abuses and the sale of toxic securities. It is followed by the Swiss bank UBS ($11 billion), Citigroup ($8 billion), JPMorgan Chase ($6 billion) and BP ($4.9 billion).

The most frequent defendant has been CVS Health, which has paid out more than $215 million in 14 settlements, most of them involving the alleged submission of false claims to state Medicaid programs and the payment of illicit kickbacks to healthcare providers.  Another 47 parent companies have been involved in three or more multistate AG cases.

In 118 multistate AG cases, corporations have paid penalties of $100 million or more; in 19 of these the amount exceeded $1 billion. The biggest individual settlement was an agreement by UBS to repurchase $11 billion in investments known as auction-rate securities whose safety it allegedly misrepresented to investors. The second largest was an $8.7 billion agreement by Bank of America to resolve claims relating to predatory home mortgage practices by its Countrywide Financial subsidiary. (The recently announced multistate settlement with Purdue Pharma is not included because it is still tentative.)

Banks and other financial services companies account for far and away the largest monetary share of penalties paid in multistate AG cases — $70 billion from 122 settlements involving 65 different parent companies. In second place is the pharmaceutical industry with $10.4 billion in penalties from 137 settlements.

Consumer protection and price-fixing cases are the most numerous kinds of multistate AG lawsuits, but investor protection and mortgage abuse lawsuits against the big banks have generated the greatest monetary penalties.

In 243 of the multistate cases, the U.S. Department of Justice or another federal agency was also involved in the settlement and often led the negotiations. These actions, which accounted for $31 billion of the $105 billion in total penalties, include cases in which the federal entity, usually DOJ, initiated the investigation and brought in the states — as well as ones in which federal and state prosecutors were involved from the start. Federal involvement has spanned Democratic and Republican presidencies.

There is every reason to believe that the number of multistate AG settlements will continue to grow. The Purdue Pharma suit and other pending cases against opioid and generic drug producers, as well as emerging antitrust investigations of the tech sector, could add billions more to the penalty totals.

Good Jobs First, based in Washington, DC, is a non-profit, non-partisan resource center promoting accountability in economic development. Its Corporate Research Project provides research resources for organizations and individuals concerned about all forms of corporate accountability. Primary funding for Bipartisan Corporate Crime-Fighting by the States came from the Reva & David Logan Foundation.