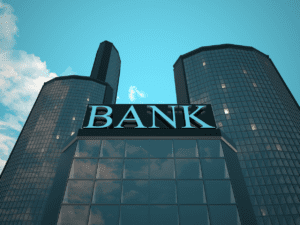 Washington, DC — A new report on employment discrimination and sexual harassment cases finds that major banks rank high among those big companies that have paid the most in damages and settlements. Bank of America (including its subsidiary Merrill Lynch) has paid a total of $210 million since 2000, more than any other big company. Morgan Stanley ranks fourth at $150 million and Wells Fargo ranks ninth at $68 million. The financial services industry overall has paid a total of $530 million in penalties. The retail sector has paid the same amount, so the two industries have the dubious distinction of being tied for first place.

These findings, based on an extensive examination of court records, are contained in Big Business Bias: Employment Discrimination and Sexual Harassment at Large Corporations published today by the Corporate Research Project of Good Jobs First. It is available at https://goodjobsfirst.org/bias.

“Our research shows that big banks have been among the worst offenders when it comes to allowing discriminatory and abusive conditions to exist in their workplaces,” said Good Jobs First Research Director Philip Mattera, who wrote the report and led the research, which was conducted as part of the latest expansion of the Corporate Research Project’s Violation Tracker database (available at violationtracker.org).

“The widespread discrimination, harassment and abuse uncovered at some of the nation’s largest financial institutions should shock American consumers,” said Nick Weiner, Organizing Coordinator with the Committee for Better Banks. “It’s no surprise that Wells Fargo is high on this list, which is only the latest sign of the fundamental toxicity that defines the culture of our big banks and robs the very men and women who serve customers every day of the dignity and fairness they deserve. Now more than ever, bank workers need a real voice on the job to push back on these toxic forces , without fear of retaliation , and help bring desperately needed reform to the financial services industry.”

Big Business Bias is an analysis of individual and class action cases alleging workplace discrimination based on gender, race, national origin, religion, age or disability as well as sexual or racial harassment. It covers private lawsuits brought in federal or state court as well as cases brought with the involvement of the Equal Employment Opportunity Commission (EEOC) and the U.S. Labor Department’s Office of Federal Contract Compliance Programs (OFCCP). It covers cases brought against corporations (and their subsidiaries) included in the Fortune 1000, the Fortune Global 500 and Forbes’ list of America’s Largest Private Companies.

“We found that virtually every large company has paid damages or reached an out-of-court settlement in at least one discrimination or harassment lawsuit,” Mattera said, “but in the vast majority of cases the terms of the settlements were kept confidential. Our report is based on the subset of those cases with disclosed settlements as well as those with public court verdicts and EEOC or OFCCP penalties.”

The report finds that since the beginning of 2000, large corporations are known to have paid $2.7 billion in penalties, including $2 billion in 234 private lawsuits, $588 million in 329 EEOC actions and $81 million in 117 OFCCP cases.

Following Bank of America in the ranking of most-penalized large companies are Coca-Cola ($200 million) and Novartis ($183 million). The corporation with the largest number of cases with disclosed penalties is Walmart, at 27. Its penalty total of $52 million would have been much higher if the U.S. Supreme Court had not ruled 5-4 in 2011 to dismiss a nationwide gender discrimination class action against the company.

Following banks and retailers, the industries with the most disclosed penalties are food/beverage products ($252 million), pharmaceuticals ($209 million) and freight/logistics ($187 million).

Race and gender cases (mainly relating to hiring, promotion and pay) account for the largest shares of discrimination penalties, with each category totaling just over $1 billion. Age discrimination cases rank third with over $240 million in penalties, followed by disability cases at $155 million and sexual harassment cases at $123 million.

Employees at all levels of the occupational hierarchy have filed discrimination lawsuits against large corporations. The report documents lawsuits whose plaintiffs range from executives, managers and professionals to blue-collar and service workers. However, it finds that managers are more likely to bring age discrimination cases while racial bias and sexual harassment suits more often are filed by blue-collar and service workers.

In addition to supporting the call by the #MeToo movement to end non-disclosure agreements and mandatory arbitration, the report endorses reforms that would require publicly-traded companies and large federal contractors to disclose how much they pay out each year in aggregate damages and settlements in discrimination and harassment cases.