Dr. Kendall Deas was a young graduate student working in economic development when he noticed company executives considering relocating almost always asked the same question: “How good are the schools?”

The inextricable relationship between economic development and good schools, Deas came to see, was clear. He began to learn that in too many parts of his native South Carolina, the subpar quality of schools would serve as a deterrent to bringing badly needed jobs to depressed communities.

Since that realization, Deas has done extensive research on funding inequities and the need to revamp the property-tax based formula still heavily used in South Carolina – even as many other states have moved away from this once-dominant trend. As director of Quality Education Project, a community-based research organization in Charleston, he and the organization’s allies push for equity, access, and excellence in public schools. 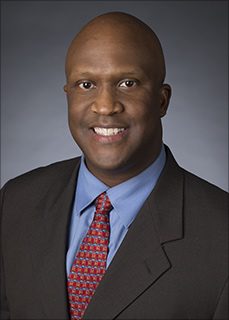 I talked with Deas about the role corporate incentives and subsidies play in South Carolina, which in fiscal year 2019 cost the state’s public schools $423 million – a $99 million increase in two years, according to an analysis by Good Jobs First . Some of the hardest-hit school districts have mostly Black and Latino student populations. Hence the key question: do newly arriving companies that get big tax breaks pay their fair share for the public services they and their employees utilize?

My conversation with Deas, education policy and law professor at the College of Charleston and director of the Quality Education Project, has been lightly edited for clarity and length.

Q:  South Carolina gives away more school revenue than nearly any other state when it comes to tax abatements, second only to New York, according to our 2018 study of those with reliable data. And the numbers rose sharply two years later. Do you have any sense of why this is?

A: This is clearly a troubling finding. South Carolina provides a property tax abatement to new or existing companies making new capital investments in the state. The purpose is to reduce tax burdens in the state when new assets are at their greatest value. But when we abate companies’ taxes, this stresses the tax base we need to keep schools modern and healthy. The belief here on the part of the state could be that by offering such generous tax abatements it will serve as an incentive for more companies to make the decision to relocate to our state for operations.

Q: I’ve heard a lot about South Carolina’s “Corridor of Shame.” What is it and how did it get this name?

A: The state’s “Corridor of Shame” is a nickname given to a string of rural, impoverished and poor-performing school districts along South Carolina’s I-95 corridor. The name came from a 2005 documentary about the plight of regional educators fighting for resources for their failing public schools. It serves as a stark reminder that there is much work to be done to improve the state’s standing nationally in education. This region of the state, with flat farmland and remnants of industries that have relocated overseas, needs to attract jobs-and it also needs employers who want to invest in our future. But by disinvesting in their school systems, many South Carolina counties are undermining their ability to compete.

Q: There are significant inequities when it comes to the funding of public schools in South Carolina. Can you describe what that looks like for the poorer districts?

There is an overreliance on school resource officers (police officers housed at schools) in addressing issues of discipline within many of the state’s public schools. More of a focus needs to be placed on increasing the number of clinically trained psychologists working within challenged public schools with less reliance on SROs given the level of discomfort often expressed by students of color when there is a law enforcement presence in their educational environment.

Q: What’s the link between economic development and public schools?

A: The quality of schools matters a great deal when it comes to attracting investment and jobs which are components of economic development. By disinvesting in their public school systems, many South Carolina counties are undermining their ability to compete in terms of attracting investment. In order to revitalize these counties’ economies, we need to invest in traditional public schools… We have growth in some areas, and when jobs grow, people move in, and that means more families with school-age children. But then we abate the companies’ taxes, stressing the tax base we need to keep school modern and healthy. South Carolina cannot thrive if we let newly arriving companies impoverish our schools. Great schools and good jobs go hand in hand.

Q: Companies are touted as job creators and of ways to boost the economic outcomes of people who live in those communities. Is there truth in that?

A: It is critical for regions like the Corridor of Shame to attract jobs to improve the economic outcomes of people who live there. But the state needs to attract employers who truly want to invest in the future of the region. If a company locates to a particular region claiming to be a job creator and a majority of citizens within that region do not have the education or job skills to take advantage of potential employment opportunities, this is a problem. Training programs would need to be developed through the companies themselves, or connecting to local community colleges or technical schools for skill development would be critical. So, there is truth to this claim but the level of education and job skills needed to perform the jobs offered successfully and how to help local citizens acquire this is crucial.

Q: What can or should state legislators do to reduce economic development subsidies and incentives in South Carolina?

A: State legislators in South Carolina need to change the way economic development is executed in the state. We currently abate companies’ taxes which stresses the tax base we need to keep schools modern and healthy. Under state law, counties award massive economic subsidies and tax incentives even though school districts lose the most revenue. The legislature can act by taking the school portion of tax abatement off the table. It can also give school boards a say in whether their money is given away. State law currently delegates this power to county elected officials. The state legislature can also require counties to disclose the costs and benefits of every company’s tax-break deal including actual jobs created and actual wages paid.

Q: What would equitable school funding look like in South Carolina?

A: South Carolina has a system of school funding that is in dire need of reform. The current system has been in existence since the 1970s… The current system where funding is based upon property taxes results in gross inequities as many schools in the state are located in areas where property values are low. Ideally, a new system of how schools are funded in the state would involve having an emphasis placed on making sure the neediest schools and districts are prioritized to get the most funding. Only then will we truly have a chance to achieve the goal of equitable school funding.

Q: Tell me more about the Quality Education Project.

A: The Quality Education Project conducts public information forums and also provides academic and community-engaged research to support and initiate policy reform committed to equity, access, and excellence. The organization’s efforts to improve education in the Lowcountry have been supported by well-known local area community advocates such as Dr. Millicent Brown and David Dennis, Director of the Southern Initiative Algebra Project. It was founded in 2015 and I was recruited for membership by an academic colleague and faculty mentor Dr. Jon Hale, an educational historian and public education advocate who co-founded the organization.

Our organization plans to continue providing public information forums to educate communities about critical education issues, including the relationship between subsidies and incentives and equitable school funding.