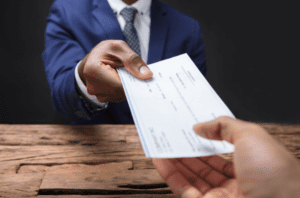 Washington, DC —Among the limited number of corporations known to have been awarded federal loans under the Paycheck Protection Program, at least 16 pay their workers less than the national median household income level. Five pay wages so low they fall below the poverty line for a family of four.

Those findings emerge from data contained in Covid Stimulus Watch, a website launched last week by the non-profit organization Good Jobs First. It is freely available for all to use at https://covidstimuluswatch.org.

“The public has rightly been up in arms over large companies getting PPP loans intended for small business, but it is also troubling to see the funds going to low-wage and even poverty-wage employers,” said Good Jobs First research director Philip Mattera, who leads the work on Covid Stimulus Watch.

Good Jobs First collected the pay data from Securities and Exchange Commission filings called Form DEF 14A (or proxy statements) issued by publicly traded companies that have reported receiving PPP loans. Firms provide a figure for the median total compensation of their workforce as part of the calculation of the ratio of the compensation of their chief executive to that of a typical worker. Smaller public companies may choose not to disclose the worker pay amount and the ratio, though they still report CEO compensation.

Of the roughly 330 companies that have reported receiving PPP loans, 43 disclosed their median worker pay; seven of these are among the firms that are returning their loans because of public pressure.

The restaurant employers emphasize that their pay figures include part-timers, and Applied Opto-Electronics notes that its pay calculation includes employees in China and Taiwan. It provides a separate figure for U.S. workers only — $43,427 — which is still below the national median income level.

“The PPP enables employers to keep workers paid, but we all know that low-wage workers find it necessary to rely on Medicaid, SNAP and other safety-net programs,” said Good Jobs First Executive Director Greg LeRoy. “Long ago, many states started attaching wage and benefit standards to economic development incentives — and raising their minimum wage to $15 an hour or better. Why should these forgivable loans — grants, in essence — from Uncle Sam require anything less?”