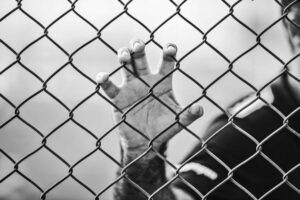 In a long-sought victory for opponents of for-profit prison companies President Biden – on his first day in office – issued an executive order to start ending the Department of Justice’s use of such companies. However, a new analysis by Good Jobs First has identified 22 companies involved in detention operations and prison contracting that received loans totaling more than $47 million from the Paycheck Protection Program (PPP). While this executive action was a positive first step, these findings suggest that additional federal action and evaluation of the PPP will be necessary to meaningfully curtail government support of the private prison industry.

The biggest identified facility operator, Central Falls Detention Facility Corporation, received two loans worth $2.9 million and $2 million. Central Falls, a quasi-public corporation, operates the Donald W. Wyatt Detention Facility in Rhode Island. The facility began housing ICE detainees in 2005, but its relationship with ICE was ended in 2008 after abuse and neglect by correctional officers caused the death of an ICE detainee . Nevertheless, in 2019, the company reached a new agreement with ICE to house detainees, sparking City Council-led demonstrations outside of the facility.

During one protest in August 2019, a correctional officer ran his truck into a crowd and injured two protesters . In response, Central Falls announced it would end its contract with ICE, but its private bondholders, which include Invesco, Blackrock, and Eaton Vance, sued to keep the ICE contract in force. Minutes from the facility’s most recent board meeting indicate that the facility is still housing ICE detainees. In March 2021, Rhode Island legislators introduced legislation to end the private prison system in the state and bar detention facilities from housing ICE detainees.

Central Falls Detention Facility, with its track record of abuse of incarcerated people, is not an outlier among prison operators that received PPP loans. The second-largest identified recipient, Immigration Centers of America (ICA), received a $2.9 million loan only six days after the PPP opened in April 2020. ICA operates an ICE detention facility in Farmville, Virginia through a partnership with the municipal government. In July 2020, the facility had one of the worst COVID-19 outbreaks of the year. At that time, more than 80% of detainees were COVID-19-positive. According to the Centers for Disease Control and Prevention, the outbreak was caused by testing delays , and detainees claim that protests over lack of testing were met with pepper spray . Notably, ICA had a poor track record with disease outbreaks even before the COVID-19 pandemic. In 2019, 24 detainees had been infected with mumps . From 2009 to 2018, there were only 125 cases of mumps in the entire state.

Ahtna Technical Services and Ahtna Support and Training Services, which run ICE detention facilities and provide armed guard services, received loans of approximately $26,000 and $5 million , respectively. Separate from the total $47 million identified, fourteen other non-detention-related subsidiaries of Ahtna, Inc . – an Alaska Native Regional Corporation – received PPP loans worth almost $17 million . Among identified recipients, Ahtna stands out in particular for its history of wage and hour violations. Since 2009, Ahtna companies, including detention and non-detention subsidiaries, have paid almost $700,000 in wage and hour fines.

Prisoner Transportation Services (PTS), the nation’s largest for-profit prisoner transportation firm, received PPP loans for $1.4 million and $965,000 . In 2019 and 2020 , the company was subject to a congressional inquiry led by Senator Elizabeth Warren and other members of Congress after reports of assault, escapes, and deaths came to light. Since 2012, at least five people have died while in PTS custody, including one woman who was only convicted of a misdemeanor shoplifting charge .

Several notable correctional healthcare providers also received PPP loans. NaphCare, which provides healthcare services to jails and prisons throughout the country, received a $10 million loan . PrimeCare Medical received two PPP loans, one for $10 million and another for $2.9 million through its subsidiary PrimeCare of West Virginia. Data from Good Jobs First’s Violation Tracker shows that PrimeCare nationwide has paid more than $320,000 in fines for wage and insurance violations.

The track records of detention contractors make it clear that profit motives have no place in the criminal justice system. For decades, prison reform advocates have highlighted these abuses, using them as evidence in their campaigns to curtail privatization and roll back economic development subsidies for private prisons at the state and local level. Now those efforts must also target the ways stimulus programs such as the PPP help to prop up an industry which should be on its way out.