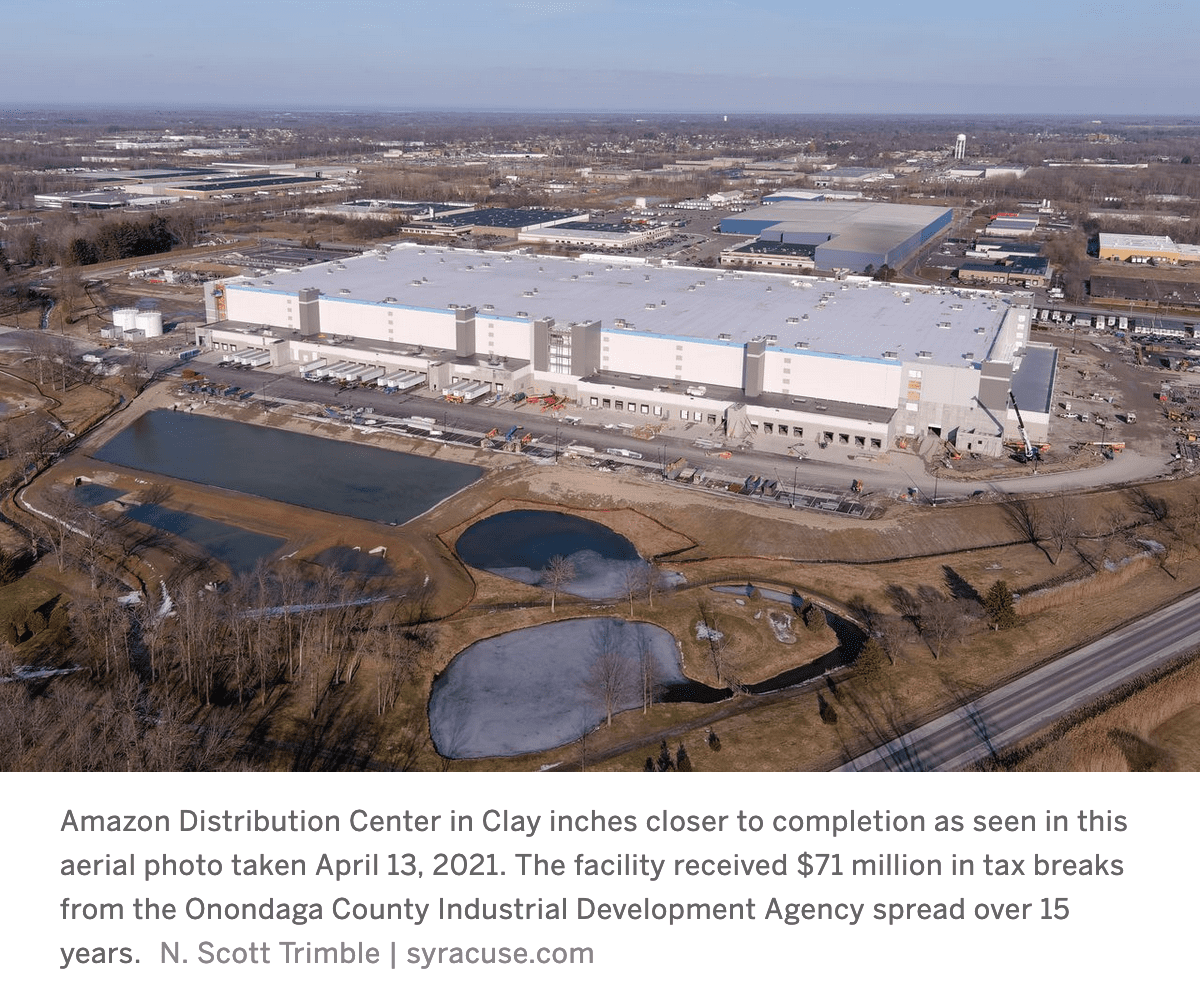 “Earlier this year, Good Jobs First issued a national study on the revenue impact of corporate tax breaks for public schools. With foregone revenue totaling $374 million in fiscal year 2019, New York’s public schools diverted more money than any other state except for South Carolina. And this total doesn’t even include New York City because schools there don’t separate out that data.

Most Upstate revenue losses are incurred through the actions of industrial development agencies (IDAs). Created in 1969 to boost the present and future vitality of their communities, the public benefit corporations are unaccountable entities whose unelected leaders have enormous powers to grant tax abatements — often by purchasing properties and leasing them to corporations tax-exempt in exchange for modest payments in lieu of taxes (PILOTs).

According to the latest update by the state Comptroller, there are 109 IDAs overseeing over 4,000 projects that exempt almost $800 million in taxes, and that’s after accounting for PILOTs. As property taxes make up the lion’s share of educational revenues, abatements can seriously hurt school districts.

Why, then, do New York’s school boards seem so passive about chunks of revenues getting carved out of their budgets every year to pay for corporate tax breaks? And for all the school revenues given away by IDAs, do districts even get a say in abatement deals?

To get at some of the answers, we convened a focus group with experts from state-level organizations, associations and universities. Here’s what we gleaned so far about why New York school districts seem so powerless or quiet:”

Head on over to the Syracuse Post-Standard to read the full Op-Ed by Connor Rigney, a Good Jobs First research intern pursuing a Master in Regional Planning at Cornell University and Christine Wen, a project coordinator at Good Jobs First who oversees our work on how tax abatements impact public education.