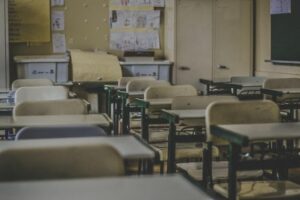 Statement No. 77 on Tax Abatement Disclosures (GASB 77) set forth by the Governmental Accounting Standards Board (GASB) requires GAAP-compliant governments in the United States to report how much revenue they have lost to economic development tax abatement programs. (GAAP stands for “generally accepted accounting principles.”)

In our previous blog , we highlighted the problem of some local governments omitting the GASB Statement 77 note on tax abatement disclosures even when there are tax abatement agreements to report (as revealed by other governmental entities affected by them). In this blog, we address the equally problematic practice of governments’ acknowledging GASB 77 but not disclosing the amount of taxes that were abated.

Below are nine common disclaimers we have found in local governments’ financial reports when they decline to provide the required information. To be sure: many other localities give similar disclaimers but still disclose the amount of foregone revenue. We cite these counterexamples to say that just because we are recounting flawed financial reports, we are not legitimizing them. Nothing prevents local governments from providing at least a dollar estimate of abated taxes.

Some localities claim that no tax revenue was lost because the tax abatements induced economic growth that would not have happened otherwise, so revenue benefit of tax abatements outweighed (or at least equaled) the revenue cost.

This claim is problematic because GASB Statement 77 has everything to do with reporting costs and nothing to do with estimating benefits. Indeed, during the comment period for what became Statement 77, GASB heard and then disregarded recommendations from groups such as the Government Finance Officers Association that abatement benefits also be disclosed. Good Jobs First responded to that comment with a counter-comment, making two arguments. First: the practice of cost-benefit analysis in U.S. economic development is anything but settled. In fact, it is the opposite: it is the “Wild West” with widely varying claims and methodologies. Second: to report the alleged revenue benefits of abatements would be double-counting since any successful projects would be generating new revenue that would show up in general fund revenues.

Finally, such disclosure failures are evidence of how deeply embedded the “tax breaks create jobs” dogma has become. There is voluminous academic evidence that most tax breaks do not influence corporate investment decisions. And no government’s vetting process allows it inside the corporate decision-making “black box.”

Houston County, Georgia: “ Since the projects that qualify for abatements are competitive, there is no lost tax revenue . If the economic assistance were not offered, the business would not create new jobs and investment in Houston County i.e. the project would choose to locate in another community.” (2018 CAFR, p. 55)

Mount Vernon, Illinois , claims, in regard to its Tax Increment Financing incentives: “Since the City receives more property taxes under the TIF program than it would have otherwise, there are no property tax or other revenues lost from this program.” (2018 CAFR, p. 89)

2. The impossible-to-calculate disclaimer: “We can’t do the math.”

Some localities claim that it is impossible to calculate the amount of taxes abated because the tax rate changed, or the abated taxes are commingled with other taxes. Sometimes the information is not available (see #9 below), but that is not clear when a locality says, for example, “the amount of tax revenue that would have been collected had the PILOTS not been in place was indeterminable” (Nicholas County Board of Education, West Virginia, 2018 CAFR, p. 39) without further elaborations.

“For a local school district Board of Education or board of school estimate that has elected to raise their minimum tax levy using the required local share provisions at NJSA 18A:7F-5(b), the loss of revenue resulting from the municipality or county having entered into a tax abatement agreement is indeterminate due to the complex nature of the calculation of required local share performed by the New Jersey Department of Education based upon district property value and wealth.” [emphasis added]

3. The tax-confidentiality disclaimer: “This is private info.”

Some localities claim that the number of recipients is too few for a particular program such that disclosing the amount would violate taxpayer confidentiality. Georgia and Minnesota declined to disclose what are presumably very costly state-level programs by citing this restriction.

While such a claim may be valid at the state level when it applies to a corporate income tax credit program, it makes no sense at the local government level regarding property tax abatements. Property tax records have always been public records at county tax assessors’ offices. We would also argue there is no logical public interest in hiding local consumption taxes or other local levies.

Gilbert, Arizona: “Gilbert has made a commitment as part of our economic development program to reimburse certain public improvement costs through transaction privilege taxes generated out of the respective development area. Additional information regarding this agreement may only be disclosed when a sufficient number of participants can be aggregated together. Gilbert has an insufficient number of participants within the development area to authorize such disclosure , as detailed information on such commitments is prohibited from disclosure under Arizona Revised Statute 42-2002 Disclosure of Confidential Information Prohibited.” (2018 CAFR, p. 85).

As a counter-example, Virginia Beach, Virginia , has a program called ViBE Creative District, for which “there are currently only two qualifying establishments… and due to Virginia Law, this amount cannot be disclosed, therefore it is included with the amount in APZ-1.” (2019 CAFR, p. 75) APZ-1 is another incentive program. This approach still provides an accurate total cost even if each individual program’s cost is not known.

4. The pass-the-bucks disclaimer: “We didn’t lose revenue; we just charged others more to offset it.”

Similar to the #1 “but for” disclaimer, some localities claim that no tax revenue was lost because the tax abatements were offset by rate hikes or other sources.

The use of such specific boilerplate language by so many school districts suggests a coordinated decision to skirt the new rule.

Mount Vernon, Illinois claims, in regard to its enterprise zone program:

“Since the City is not subject to the Property Tax Extension Limitation Law (PTELL), because of being a Home Rule Community, there is no property tax loss to the City from the enterprise zone program.” (2018 CAFR, p. 89) As PTELL is a tax cap, this statement apparently means that the city is able to raise taxes and shift the cost to taxpayers.

As a counter-example, Tacoma School District No.10 in Washington State reports that “the property tax system in Washington is budget-based, which means the taxing authority determines a budget or dollar amount and adjusts the rates for the taxpayers based on the assessed valuation of their property. As a result, tax abatement programs related to property taxes shift the tax burden to individual taxpayers rather than to the municipality… The tax abatements did not result in a reduction or loss of revenue to the district because, pursuant to state law, these taxes were reallocated to other property taxpayers .” (2018 CAFR, p. 45). After this refreshingly frank explanation of how abatements create tax-burden shifts, the school district reports $2.2 million as the amount of revenue lost for education due to taxes abated by the City of Tacoma.

5. The immateriality disclaimer: “GASB 77 does not apply.”

GASB has no fixed standard for the materiality of an abatement program’s revenue impact and Statement 77 does provide an exemption based on (this undefined) immateriality. Some localities use this exemption, claiming that the amount abated is insignificant and its omission would not be misleading. In the first example below, the program in question supposedly resulted in a substantial reduction in school revenue, but this is subsequently followed by the statement that the district revenue was reduced by “an immaterial amount”.

Berrien Springs School District, Michigan: “The District is subject to tax abatements granted by the County of Berrien with local businesses under the Plant Rehabilitation and Industrial Development Districts Act, (known as the Industrial Facilities Exemption) PA 198 of 1974, as amended, provides a tax incentive to manufacturers to enable renovation and expansion of aging facilities, assists in the building of new facilities, and promotes the establishment of high tech facilities… The tax abated property taxes are calculated by applying half the local property tax millage rate on the total IFT taxable value. This amounts to a reduction in property tax revenue of approximately 50%. For the year ended June 30, 2018, the District’s property tax revenues were reduced by an immaterial amount.” (2018 CAFR, p.30) Berrien County reported losing $192,000 to this program; the school district likely lost just as much or even more.

Attleboro, Massachusetts has a Tax Increment Financing program and a Special Tax Assessment program. “For the fiscal year ended June 30, 2018, the City’s abated property taxes under these programs were not material to these financial statements.” (2018 CAFR, p. 55)

6. Only the good news, please: “Never mind how much revenue was lost. Look how much we got!”

Akin to the “made-up revenue” excuse, these places report only the amount of Payments in Lieu of Taxes (PILOTs) received and not the amount of lost tax revenue. PILOTs are property tax exemptions in which the company typically pays a small percentage of what it would normally pay.

7. Declining to report: “We’re not telling, and you can’t make us.

When state enforcement of Generally Accepted Accounting Principles (GAAP is lax, disclosures are made at the discretion of the local government. When a locality does not provide any reasons, it is anyone’s guess as to what they are. For example:

Sacramento County, California: The County names three tax abatement programs, but discloses the amount of lost revenue for one program. There is no indication as to why, and a $0 value is not stated.

Places sometimes provide information on tax abatements, but it is not what GASB 77 asks for and thus often useless for analysis.

Riverside, California reported total cumulative payments to a business since 2013 as of 2018, but not the amount of rebate specifically in 2018.

Duluth, Minnesota only stated the maximum dollar amount that can be abated but not the actual amount abated.

Related to but distinct from #2, some governments state that the amount of abated taxes is not available or impossible to calculate.

Monongalia County Board of Education, West Virginia, lost an unknown amount of revenue because “assessment of the value of property is the responsibility of the West Virginia State Tax Department and a recent assessment has not been performed.” (2018 CAFR, p. 52). In other instances, the school board said, the county assessor or abating governments failed to provide the needed information for jurisdictions that lost revenue passively.

Jackson County, Missouri, has two sales tax holiday programs called “Back to School” and “Show-Me Green.” The amounts abated (which include both a state share and a local increment) are not available because the programs are administered at the state level. The state of Missouri did not include these programs in its own 2018 tax abatement disclosures.

Cape Flattery School District No. 401, Washington, stated that Clallam County has not provided any tax abatement information to the school district (2018 CAFR, p. 40). Clallam County did not include a GASB 77 note in its 2018 CAFR, but it offers a property relief program pursuant to RCW 84.33.130 and RCW 84.34.010 (though it’s unknown whether there were abatements in 2018).

Missoula County School District No.1, Montana: “For the year ended June 30, 2017, the District has not entered into any tax abatement agreements, nor has the District received any information from the City or the County regarding any indirect effects to the District, if any, regarding tax abatement agreements entered into by those entities during the fiscal year.” (2018 CAFR, p.67) Neither the city nor county of Missoula reported anything in their CAFRs, but the city has active tax increment financing districts according to its website.

MontanaNewport Independent School District, Kentucky: “The local government enters into tax abatement agreements with businesses. The locality may grant property tax abatements on property tax bills for the purposes of attracting or retaining businesses within their jurisdiction. The local government has chosen not to disclose the nature or amount of those abatements.” [emphasis added] (2019 CAFR, p. 53). The same statement is found in Woodford County School District, Kentucky, verbatim.