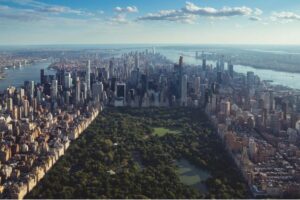 New York City’s Economic Development Corporation has promised a lot, as these agencies often do, but what it delivers falls really short. The city needs a new approach that doesn’t involve a large transfer of public money from hard-working residents to wealthy developers, Jacobin argues.
From the article:

The EDC uses its immense powers and subsidies in the name of job creation — but it’s unclear how many jobs it actually creates. At a 2019 city council hearing, then council member Ritchie Torres skewered then EDC CEO James Patchett for the corporation’s anemic progress on the de Blasio administration’s marquee jobs program.

“Anyone who heard the mayor’s [2017] State of the City would believe there are actual jobs . . . but anyone who believes that is operating under a false assumption,” Torres said.

While promising one hundred thousand good-paying jobs, EDC could only claim credit for three thousand — which took $300 million in public spending to create.

The vast subsidies the EDC doles out to private firms leave the city hostage to those very subsidized firms: they can always threaten to leave when their contract or lease is up, leaving the city no better off. Meanwhile, firms can always slash jobs, with only nominal fines.
…

The EDC’s theory of job creation is intentionally vague and unscientific. Peruse the cost-benefit analyses that justify the public expenditures of subsidies and tax breaks, and you will find benefit estimates padded by “induced” and “indirect” benefits — namely, the general positive economic consequences of more people having jobs. But there is no effort to compare those numbers to realistic alternative uses of the foregone revenue.

For example, in 2012, the EDC contributed $81 million to move a Fresh Direct warehouse from one borough of New York City to another — then claimed credit for the benefits generated by those warehouse jobs.

“Often, when it comes to these subsidies, we’re told that we’re not spending a dime. It’s always the subtext of ‘manna from heaven, we should be grateful!’” said Greg LeRoy, executive director of Good Jobs First, a group that tracks economic subsidies. “But that’s nonsense.”