Washington, DC — Good Jobs First today lauded the Governmental Accounting Standards Board (GASB) for its new guidance on how localities and states should disclose economic development tax breaks. GASB’s 2017 Implementation Guide, released late last Friday, makes it clear that some forms of tax increment financing (TIF) are what GASB defines as “tax abatements” and therefore must be disclosed under GASB’s Statement No. 77.

The logic of the guidance also seems to cover tax diversions and tax rebates common in other Ohio incentive programs.  (See the Guide here, at Question 4.40.)

Good Jobs First noted that the guidance will unfortunately not apply to the first round of Statement 77 disclosures now unfolding, because it does not take effect until reporting years starting after June 15, 2017. However, GASB (at Paragraph 6) encourages earlier adoption of the guidance. And because a majority of governments are on fiscal years starting July 1, the guidance means that most of the disclosures issued in 2018 will be covered by this clarification. 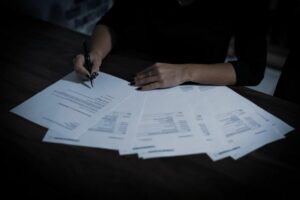 “We urge Columbus and all other Ohio localities to review GASB’s new Guide and fully disclose such TIF and other tax diversions,” said Greg LeRoy, executive director of Good Jobs First, the watchdog group that advocated for Statement No. 77. “Just because a government briefly receives a tax payment doesn’t mean the tax wasn’t abated. If the revenue is then diverted or rebated as part of an economic development agreement, but not for debt service, that’s an abatement.”

Besides TIF, also at issue for Ohio cities are programs in which the cities rebate incremental personal income taxes to companies. These “paying taxes to the boss” programs, as Good Jobs First has dubbed them, have the same effective structures and are therefore also reportable abatements, Good Jobs First believes.

In Columbus, these include Downtown Office Incentive Agreements and Job Growth Incentive Agreements. In both, the city agrees to rebate to companies up to 50 percent of the municipal personal income taxes paid by some of their employees.  Columbus failed to report these in the Statement No. 77 passage of its financial report (while correctly disclosing a third such program, Job Creation Tax Credits).

Most TIFs will not meet the GASB 77 definition of a tax abatement. In most TIFs, the property owner is still making compensation payments in the same amount as the property tax, so the revenue is not forgone, it is; however, redirected and restricted as to use. However, TIFs should still be reviewed as there is still the potential for a TIF to meet the definition.

However, as Good Jobs First and others have emphasized, such labels miss the point in GASB’s definition of “abatement.”  When the “increment” (i.e., the increase in property taxes) is rebated to a company, that means the government agreed to receive less revenue in exchange for jobs or other community benefits. That quid pro quo is at the heart of GASB’s definition of an abatement, and the resulting revenue loss must be reported per Statement No. 77. (This form of TIF is called “pay as you go TIF” and does not involve bonds or debt service.)

“Auditor Yost should issue an updated Bulletin to Ohio governments explaining that paying an incremental tax or fee could be a reportable abatement,” urged LeRoy. “He should clarify specifically that starting in FY18, ‘pay as you go TIF’ and income tax rebates need to be disclosed as abatements.”

In its new guidance, GASB states in part (answering a hypothetical example):

The developer is promising to take the specific action of constructing a building for purposes of economic development, and the government is forgoing tax revenues to which it is otherwise entitled by providing some or all of the additional property tax revenues above the baseline to the developer. Although many tax abatements directly reduce the amount of taxes paid and do not involve the actual collection and return of taxes, the mechanism used to conduct the transaction is not relevant to determining whether a transaction meets the definition of an abatement. Therefore, the fact that the developer pays property taxes and subsequently receives amounts from the government related to the additional property tax revenues means that the government did, in substance, forgo tax revenues. [Emphasis added]

“We applaud GASB for its clarity in this matter,” said LeRoy. “It is consistent with GASB’s recurring advice that function matters, not labels.  And because TIF is such a large tax expenditure in some states, today’s guidance augurs well for better disclosure nationwide.”

Good Jobs First also noted that in 2012, it documented 16 states with “Paying Taxes to the Boss” abatements involving the diversion of almost $700 million in personal income taxes to 2,700 named companies. It believes that GASB’s guidance today makes clear they are also covered by Statement No. 77. In its 2016 Guide, GASB made it clear that sales tax diversions are covered.

Good Jobs First noted that when TIF revenues are applied to debt service, GASB has ruled that they are not subject to the new Statement No. 77-mandated disclosure. That’s because TIF bond debt service is already required to be disclosed in a different part of Comprehensive Annual Financial Reports (CAFRs) under GASB’s Generally Accepted Accounting Principles (GAAP, to which Statement No. 77 is an amendment).

Good Jobs First is a non-profit, non-partisan resource center promoting accountability in economic development. Based in Washington DC, it was founded in 1998.