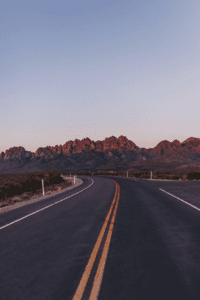 New Mexico State Auditor Tim Keller is a man on a mission. No one is doing a better job implementing a new national corporate welfare sunshine rule.

As the person in charge of compliance with Governmental Accounting Standards Board (GASB) rules by every locality in the state, Keller and his office’s Chief Government Accountability Officer Sarita Nair are aggressively educating local officials about GASB Statement No. 77 on Tax Abatement Disclosures.* They are also requiring better-than-required data and creating an electronic reporting system to make it all downloadable—reforms no other state has undertaken.

Keller’s passion for subsidy transparency has deep roots. During his tenure as a state senator, he was the moving force twice when the state legislature passed robust subsidy disclosure bills. But Gov. Bill Richardson (D) vetoed the first, and Gov. Susana Martinez (R) vetoed the second.

These days, Auditor Keller sometimes leads his GASB 77 presentations by discussing the myth of scarcity in a state that has perpetual budget crises. In their recently concluded regular session state legislators were unable to find sufficient offsets to pay for public investments and therefore have been called back into a special session this summer.

“Understanding the return on investment of tax breaks will change the landscape when it comes to our state’s ability to track whether or not we are spurring economic growth. New Mexico’s tax carve-outs may add up to as much as a billion dollars a year and now our local governments will begin to collect data on some of them through the annual audit process. The information will allow the state to finally shed light on which tax credits truly move the needle in our economy,” Keller wrote explaining why GASB 77 reporting is so important for policymakers and the public.

In March, Good Jobs First published Good Intentions vs. Effective Outcomes, a report cataloging more than $200 million that New Mexico annually loses to poorly designed corporate subsidies. Keller believes that enhanced transparency is the starting point for more critical examination of the effectiveness of state subsidies and debate over whether those funds could be better directed to other public needs.

In order to fulfill their duty to provide technical assistance to local governments, Keller and Nair have travelled the state and beyond, educating local finance officers about the disclosure requirements of Statement No. 77.

The Auditor’s Office has also promulgated state standards above and beyond GASB’s baseline requirements. All New Mexico bodies that are the original abating governments are expected to itemize and name the corporations receiving the tax breaks, tally the number of new abatement deals and total abatements, and submit their GASB 77 data on a spreadsheet template supplied by the Auditor’s office.

Once all of the local entities report, Keller plans to post comprehensive subsidy data for all of the jurisdictions in the state, online at the Auditor’s website.

It’s mid-2017: where does your state auditor, treasurer or comptroller stand on making GASB 77 data accessible to taxpayers?

*For those still unfamiliar with the Governmental Accounting Standards Board (GASB) and its Statement No. 77 on Tax Abatement Disclosures, here is Good Jobs First’s explanation: https://goodjobsfirst.org/gasb-statement-no-77