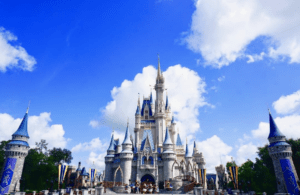 What never takes a vacation? Big companies getting massive economic development subsidies! Plus: Meet a hard-charging community member looking to shake up things in Cincinnati. And what Franklin County, Ohio can teach us about government tax transparency.

It’s Arlene with Good Jobs First, with the latest on what our small, mighty crew is up to.

But before we dig in, we’ve had a huge influx of people join our email list. Welcome aboard! Reach out anytime.

When Disney excitedly announced it was moving 2,000 jobs from California to Florida, it left out a minor detail the Orlando Sentinel later reported: it’s getting a taxpayer giveaway of up to $570 million.

The Magic Kingdom isn’t alone among mega-corporations that have recently gotten huge subsidies from the public. See:

Here’s what these deals have in common:

Our executive director Greg LeRoy wrote about how federal funding strings can help end this free flow of public spending.

GJF to Treasury: Don’t use stimulus money for subsidies

On a related note, you know what federal pandemic money now flowing to the states shouldn’t be used for? Economic development “incentives.” We made recommendations to the U.S. Treasury about how American Rescue Plan Act money could best be spent to get relief to those who need it the most.

My colleagues were digging into the state of economic development subsides in Ohio – as we here at Good Jobs First do – when they came across Cincinnati resident Michelle Dillingham. Through her years in community nonprofits, and later as a legislative aide for a city councilman, Dillingham was struck by the state of the city’s under-resourced schools (the state Supreme Court ruled over 20 years ago its funding formula was unconstitutional, a situation yet to be remedied).

She began to see just how big a role tax abatements play in Cincinnati, where schools are heavily dependent on local property taxes. I talked to Dillingham about the impact of tax abatements in Cincinnati for our “5 questions with” feature. Check it out.

Local governments’ are usually inferior to state websites, so she often must go deep to get details of a deal. No longer in Franklin County, Ohio, thanks to its recently released Tax Incentives Hub. It includes comprehensive information on subsidies, breaking down costs by localities and governmental agencies. Recipient names are also listed for major programs. (The County of 1.3 million residents includes the state capital Columbus.)

Kasia writes: “The figures are staggering. For example, in 2020 the Franklin County Board of Developmental Disabilities lost $27.2 million. Franklin County Children Services lost $19.3 million. Even the Columbus Zoo lost revenue: $2.8 million. But no public services lost as much as public schools: $97.3 million in 2020.”

Other news you may have missed:

That’s it for now. Until next time!