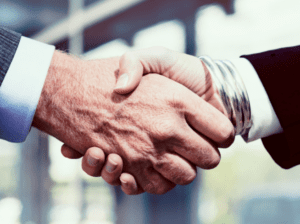 “Today’s executive order by Kansas Gov. Laura Kelly, mirroring legislation enacted by the Missouri legislature and signed by Gov. Mike Parson, marks the first time in U.S. history that two states have signed a legally binding agreement to stop subsidizing corporations that simply relocate within one labor market but across a state line.  History will record this as a long-overdue turning point in U.S. economic development policy.

“This practice, which we call ‘interstate job fraud’ because it requires the arriving state to call existing jobs ‘new jobs’ for purposes of qualifying for tax breaks, is the most outrageous aspect of the ‘economic war among the states.’ It is also the flip side of ‘job blackmail,’ when corporations threaten to leave a state and demand subsidies for ‘retention.’

“By demonetizing interstate job fraud and job blackmail, Missouri and Kansas are leading the way in showing how states can cool off jobs wars. Good Jobs First recently issued a strategic proposal laying out additional actions that can be taken by the federal government and local governments to reinforce state actions.

“As we documented in a 2013 national study, many metro areas that straddle state lines suffer the same problem, such as Memphis, New York, Charlotte and Boston. The governors and legislatures of those multi-state metro areas should follow suit and enact their own cease-fire agreements.

“We note that this news arrives soon after the summer meeting of the National Governors Association. Outrageously, the NGA has not even debated this issue since 1993, much less taken any action. We urge the governors to act on interstate job fraud and job blackmail.

“We credit this historic achievement to the 17 Kansas City-area business leaders who began crusading for the cease-fire in 2011. As the Hall Family Foundation has documented, the two states have wasted $335 million since 2010 paying companies to simply change their employees’ commuting routes.

We urge business and civic leaders in multi-state labor markets to study the Kansas City executives’ victory. As they stated eight years ago:

…too often these incentives are being used to shuffle existing business back and forth across the state line with no net economic benefit or new jobs to the community as a whole. At a time of severe fiscal constraint the effect to the states is that one state loses tax revenue, while the other forgives it. The states are being pitted against each other and the only real winner is the business who is “incentive shopping” to reduce costs. The losers are the taxpayers who must provide services to those who are not paying for them.

…Neither state will benefit as the stakes in this “economic arms race” continue to escalate, and we squander available tax incentives by fighting amongst ourselves.

Further, the effect of this economic border war is not only erosion of the tax base but a decrease in property values, and the chilling of community relationships on other important metropolitan issues.

…We believe the directors of the Department of Commerce should examine the definition of “new jobs” for the granting of incentives.