It pays very little, sure, but it’s ALSO more likely to be unsafe to work there

Low wages are just the start of the problems for millions of U.S. workers 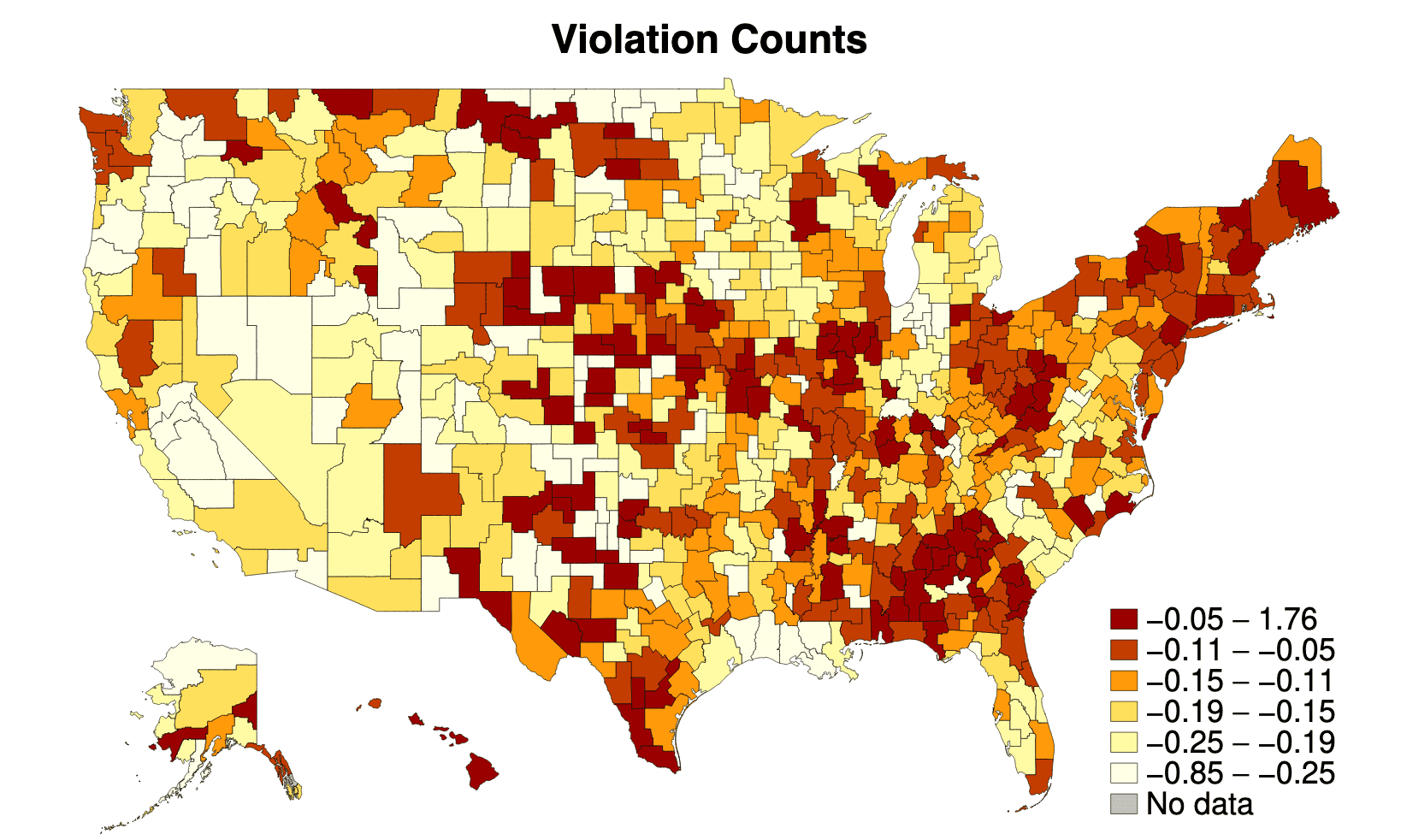 Caption: U.S. map color-coded to show which regions have the greatest number of workplace violations. Dark red reflects the most heavily penalized spots.

Getting paid wages so low an individual or family must rely on public assistance to make up the difference – even when they work is full time – is bad enough. But a new report shows low-wage workers are also far more likely to encounter dangerous or illegal conditions, like wage theft.

“Our results suggest that wage inequality understates the inequality in job quality in the U.S.,” write the authors of “Wage Inequality and Labor Rights Violations.”

“The three researchers analyzed labor violations reported to a federal agency from 2000 to 2019 published in a database compiled by Good Jobs First, a non-profit organization. They also leverage U.S. Census Bureau data to analyze the number of workers in a given industry and pay.

The researchers estimate that within local industries ‘a 10% increase in the average wage is associated with a 0.15% decrease in the number of violations per employee and a 4% decrease in fines per dollar of pay.’

Read the full story at MarketWatch: Low wages are just the start of the problems for millions of U.S. workers during COVID-19 — here’s why