“I would not give Amazon one dime,” watchdog leader says about Niagara facility 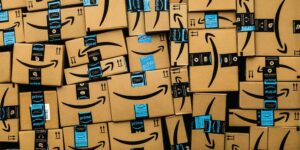 Lockport (N.Y.) Union-Sun & Journal: “I would not give Amazon one dime,” watchdog leader says about Niagara facility

Amazon is asking Niagara County residents to give the massively profitable company $123 million in tax breaks and other exemptions.

Good Jobs First Executive Director Greg LeRoy told the Lockport Union-Sun & Journal: “If I were a local official, I would not give Amazon one dime.”

LeRoy said this is one of the largest Amazon tax breaks he has seen in New York state, with the under construction center in Monroe County supposedly receiving $150 million in tax incentives over 15 years. That amount of time is a lifetime for local economies, and he wonders if there will be any other retails stores left as e-commerce continues to grow. Amazon is also dealing with antitrust investigations from the European Union and the Federal Trade Commission.

“Why would we pay a company seeking allegedly monopolistic behavior?” LeRoy asked, saying that is the same issue Good Jobs First raised in tracking Walmart.

To LeRoy, Amazon is going to come to communities no matter what because its business model requires it to build warehouses everywhere. He feels that Amazon should pay to arrive in a communities because it causes wear and tear and is why other retail spaces are closing.”

Read the full story at the Lockport Union-Sun & Journal.