“The possibility of a tax-break package worth between $1 and $3 billion for just one project-and for an employer so controversial as Foxconn-raises many profound policy questions for the United States.

“Is this an effort by Foxconn to deflect protectionism, in the same way Japanese automakers deflected domestic auto content legislation between 1983 and 1993 by opening assembly facilities in Illinois, Michigan, Indiana and Ohio? Are taxpayers paying Foxconn to do something it believes it must do anyway? 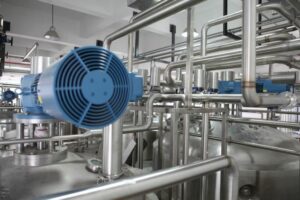 “Given how automated most manufacturing has become, how many actual, direct, full-time jobs will Foxconn have (not construction, temp agency, supplier or indirect jobs)?

“Given that high technology workplaces usually have to bring in their highest-paid managers and engineers in from afar, how many Wisconsin residents-much less Americans-will get the best jobs?

“If the facility is located in the Kenosha-Racine area, what share of the job-takers will be Illinois residents? How much will Illinois benefit at Wisconsin’s expense?

“The contradictions between President Trump’s proposed budget-in which he proposed to eliminate successful federal programs that benefit small- and medium-sized manufacturers in every state-versus a billion-dollar one-off for a foreign firm boggle the mind.

“Economic development has become hyper-politicized since the Great Recession, with governors and mayors more anxious than ever to claim credit for any jobs they can. By personally associating himself with a Foxconn announcement that has pitted several states against each other, President Trump is legitimizing a ‘race to the bottom’ as he did explicitly in his speech at Carrier last December. Instead of using his ‘America First’ frame to promote cooperation among the states, he is blessing the ‘second war among the states,’ as Business Week dubbed it 41 years ago.

“President Trump is also blessing the ‘buffalo hunting’ school of economic development, in which a few companies get huge ‘megadeals’ while programs that benefit many employers suffer budget cuts, and small businesses and entrepreneurs get shortchanged.

“We hope Foxconn creates lots of great jobs, but the ‘war among states’ way in which the United States allows even foreign corporations to extract huge taxpayer subsidies is a troubling reminder of how federalism undermines economic development in America.”

Good Jobs First is a non-profit, non-partisan resource center on economic development. Founded in 1998, it is based in Washington DC.