“As we documented in a study last April, the Crystal City and Long Island City subsidy offers are among the many HQ2 bids that remain completely hidden. Citizens have no idea what their elected officials have promised to a company headed by the richest person on earth. 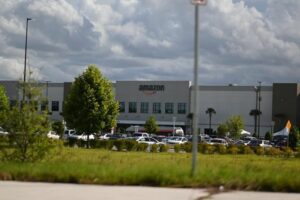 “We don’t know what special new subsidies have been promised that will require state or local enactments. We don’t know if gentrification buffers—especially affordable housing—are included. We don’t know if clawbacks or other safeguards are included. We don’t know the cost per job. But we do know that both deals were negotiated in secret, without any public input. We also know that past U.S. “megadeals” have cost an average of $658,000 per job. At that price, taxpayers can never come close to breaking even. Such deals convey a massive transfer of wealth from taxpayers to shareholders.

“Even at half the projected HQ2 size, each of these projects will induce enormous growth and about four-fifths of the job takers will predictably not be current residents. That means more classrooms, more teachers, more transportation infrastructure and service, and more public safety costs. If Amazon gets tax breaks and doesn’t pay the full costs of this induced growth, existing residents and small business owners will get stuck with higher taxes and more-stressed public services.

“Gov. Cuomo and Gov. Northam should immediately fully disclose their first- and second-round incentive packages and schedule multiple town halls in the project footprints for local citizens to debate them.

“In the coming days, if these reports prove out, diverse coalitions in New York City and Northern Virginia will mobilize. They telegraphed their demands for community benefits shortly after Amazon launched the HQ2 auction at https://ourhq2wishlist.org/.”

All of Good Jobs First’s Amazon resources are visible at https://goodjobsfirst.org/amazon.