Washington, DC — Good Jobs First today announced “Subsidy Tracker 2” – a new online database for tax-break spending records issued thanks to GASB Statement 77 on Tax Abatement Disclosures. This first-time ever data is being issued by an estimated 50,000 local and state governments. 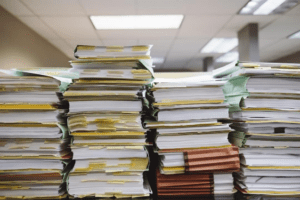 Statement 77 is the first time the Governmental Accounting Standards Board (GASB) has set forth a rule for governments to account for revenues lost to any kind of corporate tax break for economic development. Governments will release the data in their Comprehensive Annual Financial Reports (CAFRs), most of which will be published in late 2017 and early 2018. Good Jobs First was honored in 2015 for its leading role in this landmark reform.

To help activists, journalists and public officials navigate this whole new world of disclosures, Good Jobs First today also publicly posted 51 state-specific “roadmaps” detailing everything one needs to get started exploring the data. (For those who have privately received iterations of the roadmaps over the past year: today’s postings include many state entries that have been updated to reflect early disclosures.)

The 51 GASB 77 roadmaps are here: https://goodjobsfirst.org/good-jobs-first-gasb-77-state-roadmaps

At launch, Subsidy Tracker 2 covers $8.3 billion in tax abatements by nearly 200 governments. It also reports on three dozen governments we have found so far that do not appear to have implemented GASB 77 as required under accounting rules.

“Building on the seven-year success of our original Subsidy Tracker database, which focuses especially on subsidy awards by company , our new Subsidy Tracker 2 is specific to places only , since GASB 77 does not require disclosure of corporate recipients,” said Greg LeRoy, GJF’s executive director. “We want taxpayers to have easy public access to this data, and to enable researchers, journalists and policymakers to have one unified hub for comparative analysis.” In addition to capturing tax revenues lost due to decisions by state and local governments, Subsidy Tracker 2 also records tax revenues lost passively as a result of abatement decisions made by other governments. “After years of austerity, school boards, teachers and concerned parents will finally be able to quantify school funding lost to subsidies,” said LeRoy.  He lauded the Kansas City Public Library system, an early adopter of GASB 77 in its 2016 financial reports, for informing patrons that tax abatements granted by other governments cost the libraries $2.7 million out of their $18 million budget.

“With tens of thousands of governments disclosing the loss of revenue due to economic development tax breaks, we will get a much fuller price tag on corporate welfare,” said Scott Klinger, GJF’s GASB 77 Activation Coordinator. “But as our roadmaps detail, how states treat the financial reports issued by local governments varies greatly. Most states collect the reports, some even stress-test them. But only one state’s auditor—New Mexico’s Tim Keller—has created a system to collect GASB 77 data electronically and publish it online.”

To read our impressions of the data so far, see GJF’s “GASB 77 Chronicles” here: http://bit.ly/2hrqyN6

GASB Statement 77 was promulgated in August, 2015 by the Governmental Accounting Standards Board (GASB), a non-profit, professional standards-setting organization that issues and continuously improves Generally Accepted Accounting principles (GAAP) for governmental bodies.  It covers financial reports with a fiscal year ending after December 15, 2016. Good Jobs First’s summary of Statement 77 is here.

Good Jobs First is a non-profit, non-partisan resource center promoting accountability in economic development. Based in Washington DC, it was founded in 1998.