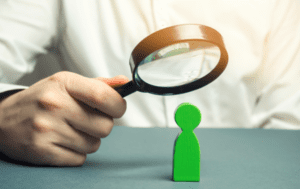 Using “tax abatements” as its umbrella term for all kinds of economic development tax breaks (i.e., property, sales and/or income taxes) GASB issued Statement No. 77 on August 14, 2015. Statement No. 77 applies to all state and local governments which adhere to GASB’s General Accepted Accounting Principles (GAAP); it is an amendment to GAAP.

This new accounting rule takes effect for budgets starting after December 15, 2015 (which is to say calendar 2016 and later), so data first began to appear in Comprehensive Annual Financial Reports (CAFRs) reporting on 2016 published in April through June 2017. Many more governments are on fiscal years ending mid-year, so they will first report in late 2017. We estimate that more than 50,000 local and state government bodies will issue such data, revealing tens of billions of dollars in heretofore hidden spending.

The new data is required simply as a Note in the CAFR. There, Statement No. 77 requires a government to report how much revenue it lost to tax abatements in the budget year covered by the CAFR, and to do so whether it was itself the abating government or if another government’s abating caused the revenue loss. This means that governments such as school districts that often lose revenue passively due to the actions of counties or cities will have to determine and report how much revenue they lose to abatement programs.

A government must also provide a general description of each abatement program, including its statutory authority, its public purpose, the kind of revenue lost, and whether there is a clawback safeguard (but not whether clawbacks were invoked or how many dollars were recaptured). A government must also disclose major associated obligations it may have incurred as part of an abatement deal, such as a large infrastructure spending commitment it has made in association with an abated project.

Finally, states may choose to improve upon Statement No. 77, which has three major data-quality shortcomings. It fails to require the disclosure of: the number of total abatement agreements behind the dollar totals or the number of new abatements granted during the reporting year; a projection of the amount of revenues expected to be abated in future budget years as a result of existing deals; and the names of recipients (the disclosure of even major recipients is voluntary).

For purposes of the new standard, GASB defines a tax abatement (at paragraph B15):

GASB calls (at Paragraph B9) “the existence of an agreement” “[p]erhaps the most important feature of tax abatements.” It defines “tax abatement agreements” as consisting of two reciprocal promises: by the government to reduce the recipient’s taxes, and by the recipient to perform “a certain beneficial action.” Such agreements (B10) “may be in writing or may be implicitly understood” but they don’t have to be legally enforceable or include clawback penalties for non-performance.

GASB’s reference here to a tax reduction created an ambiguity we discuss below regarding TIF and other tax diversions . GASB rectified this ambiguity in its 2017 Implementation Guide.

Disclosure Standards: Where, What and for How Long

Statement No. 77 directs that states and localities report tax abatement spending in the Notes of their Comprehensive Annual Financial Reports (CAFRs).

The reports are to capture three kinds of spending information: direct program costs, costs generated by the actions of other governmental bodies, and costs created by obligations associated with tax abatement projects.

This content in the CAFR Notes should include (at Paragraph 7a):

Statement No. 77 (at Paragraph B46) requires any government losing revenue due to the tax abatement actions of another government to report such revenue loss. That is, passive losses of revenue must be reported.

This is an especially laudable aspect of GASB’s new standard, recognizing that the way some economic development tax abatements work essentially amounts to what we at Good Jobs First call the “intergovernmental free lunch.” The most common way this happens is when city councils or county boards grant property tax exemptions, or create TIF districts or enterprise zones. Usually the local government body losing the most revenue in such deals is the local school district. As GASB references, there are also cases in which active-abating governments lose revenue passively to other governments’ abatements.

In a reporting example (at Appendix C, Example 2), GASB shows a county losing revenue due to two state abatement programs; in this example, the county also reports the state program names as well as the kind of tax revenue lost and the dollar cost.

Because intergovernmental abatement programs sometimes involve offsetting payments, Statement No. 77 requires a separate reporting of any offsetting revenue paid or due from another government as part of an abatement program. This disclosure should also include the names of the governments paying the offset and the authority under which that revenue was paid or is due.

Therefore, it requires that such financial obligations be reported, by type, and that a government’s “most significant specific commitments” be disclosed, if there are any.

If a government is legally prohibited from disclosing a tax expenditure, it may omit the cost data, but when doing so, it must cite the legal authority for not reporting. In Good Jobs First’s opinion, this exception will rarely be valid. If a state privacy law prohibits the disclosure of an individual company’s income tax credit, and there is only one claimant of a program’s credit, that could invoke a privacy exception. However, such a situation is unusual. Many states disclose corporate income tax credits and there is no reason—proprietary business information or “business climate”—not to disclose them.