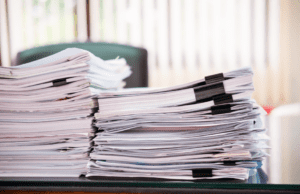 As Good Jobs First readers know, a new government accounting rule called GASB Statement 77 on Tax Abatement Disclosures took effect in 2016/FY 2017, so we are now getting the second year of new disclosures. For the first time ever, most governments must report how much revenue they lose to economic development tax abatements in their comprehensive annual financial reports (CAFRs). More than 50,000 local bodies of government are covered, we estimate, as are all 50 states plus the District of Columbia.

That’s the good news. The bad news is that once again, compliance by local bodies of government, such as school districts, is very uneven.

State compliance has always been far better than local, but that’s hardly surprising: states already publish Tax Expenditure Budgets, which typically contain most of what Statement 77 asks for.

Our first look at the second round (FY18) of state disclosures finds that 43 states complied with the rule, reporting lost tax revenue of $7.9 billion in fiscal year 2018 – $1.2 billion more than what was reported in the previous year. New York and Texas top the list at $1.4 and $1.3 billion, respectively.

But as we found a year ago, many states are still failing to disclose costly tax-break programs like those for data centers and film production that would greatly increase the known cost of abatements. The problem is that under the GASB’s narrow definition of “tax abatements,” only a subset of all subsidies is covered. Many more remain undisclosed; though in our opinion they should be included because they do cause tax-revenue losses.

Tax abatements, as defined by GASB, are tax revenues of any kind that a government forgoes in order to incentivize a company to take actions intended to contribute to economic development. They typically take the forms of tax reductions, credits, refunds, or exemptions. Some are “community development” programs, such as affordable housing construction, historic preservation, energy conservation, urban renewal, etc. The majority are subsidies to encourage firms to stay, relocate, or expand operations in-state by lowering their tax bills. The new GASB 77 disclosures do not name company names or offer any way to judge whether a subsidy is a windfall or a true incentive. They also don’t include most “as-of-right” subsidies (i.e. those for which a company qualifies automatically, no agreement required).

Despite some shortfalls, thanks to GASB 77, we can now see more clearly the price tag on some incentives to better weigh cost versus benefits. Three quarters of the $7.9 billion states reported losing were to 206 abatement programs for business recruitment. A number of these targeted a few specific places, industries, and even firms. For example, Foxconn is to be the sole recipient of Wisconsin’s “Electronics and Information Technology Manufacturing Zone Tax Credit.” In some cases, Statement 77 disclosures reveal program costs not disclosed anywhere else, such as Alabama’s film tax credit program or Virginia’s subsidy for data centers. While GASB 77 disclosures do not reveal program successes or failures, they do show spending on certain incentive programs that have come under intense scrutiny. For example, 17 states reported losing a total of $1.2 billion in revenue to film tax credit programs, which are known for their poor return on state investment. New York alone lost $680 million. And not all big-spending states disclose: missing from the tally are California and Georgia that we know from other sources to be over $300 million each.

Enterprise Zones are another questionable development initiative that cost over $600 million in state revenue last year. Numerous studies and reports (see, for example, Straying from Good Intentions by Good Jobs First) have shown that many states have so deregulated EZ programs that they get misdirected to businesses that don’t really need them.

And then there are data centers, the massive cloud-computing centers that employ only small teams of technicians. Tech giants such as Amazon, Microsoft, Facebook, Google and Apple have been aggressively seeking subsidies. Good Jobs First documented 11 such megadeals costing on average almost $2 million per job! In reality, the site location criteria for data centers are mainly driven by electricity prices and networking needs; tax breaks hardly matter. Yet four states alone (Nevada, Texas, Virginia and Washington) reported losing $200 million to data center subsidies in 2018. Arizona and Mississippi, among others, failed to report the amount of tax exempted for these enterprises. As cloud computing becomes pervasive, we can expect data centers to proliferate and their costs to surge.

While the quality of disclosure by those 43 states is very uneven, that means seven states failed to comply and didn’t disclose their forgone revenue. We know at least some of them (California, for instance) have massive tax abatement programs. Five (Hawaii, North Dakota, South Carolina, West Virginia, and Wyoming) make no mention of tax abatements or GASB 77 – not even to say that no taxes were abated. They simply don’t acknowledge the rule’s existence.

Georgia technically complied, but claimed that disclosure would not be legal due to recipient confidentiality; yet this same revenue-loss information is in fact available to the public in the state’s tax expenditure budget, where it’s scattered about in 200 pages of line items barely legible to anyone who’s not a finance expert. Digging painstakingly into these revealed $9 million lost to tax exemptions for construction purchases in a single project, as well as a costly film tax credit program that wasn’t mentioned in the CAFR.

Besides these obvious problems with compliance, GASB 77 as currently interpreted fails to include the majority of tax-increment financing (TIF) districts. In some states, TIF is the largest economic development tax expenditure; many TIFs cause decades of lost revenue losses. Some CAFRs reveal that TIFs are “under water,” that is, that they are failing to induce enough growth to pay for TIF bonds’ debt service.

The $7.9 billion in revenue losses that 43 states admit to is undoubtedly the tip of the iceberg. The rest, hidden from our view by a narrow rule, inexplicable omissions and perhaps an opaque sea of politics, is even more taxpayers’ money that could be spent on things that benefit all employers and all working families.

Good Jobs First will have more to say in the coming months about the uneven quality of compliance with GASB 77, by states and especially by school districts, cities and counties. You can look up your state’s tax abatement disclosures in this database of CAFRs. You can also find out who’s responsible for compliance in your state in our 51 State “Road Maps.” If you have problems finding your new data, please contact us! chris@goodjobsfirst.org