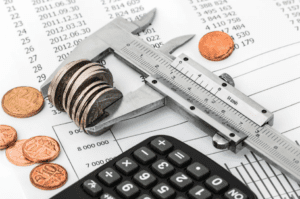 Kansas Governor Laura Kelly has just signed an executive order that prohibits state subsidies being used to move existing Missouri firms in four Missouri counties to three Kansas counties, which together make up the Kansas City metropolitan area. Unlike previous voluntary no-raiding deals, such as NY-NJ-CT, Council of Great Lakes Governors, and even Australia’s Interstate Investment Cooperation Agreement, this is not a voluntary agreement, but one with the force of law, a first in the country’s history.

The binding nature of the agreement comes from the fact that both states have legally bound themselves. In June (h/t New York Times), the Missouri legislature passed and the Governor signed into law restrictions on using state subsidy funds (such as Missouri Works) from being used to attract companies operating in three counties in Kansas in the Kansas City metro area. The law stipulated, however, that this would not go into effect unless Kansas passed similar binding regulations on its state subsidies (Promoting Employment Across Kansas, or PEAK) being used to attract firms on the Missouri side of the metro area. Today’s action by Kansas’ Kelly meets the stipulations of the Missouri law.

Kansas and Missouri have thus joined the European Union as the only areas with legally binding no-raiding rules, anywhere in the world. Of course, the EU’s provisions, based in the Guidelines for Regional Aid, cover the entire territory, whereas the Kansas-Missouri ban only applies in the Kansas City metropolitan area. However, since that’s where almost all the job piracy between the two states takes place, the two states’ action is truly historic.

The two states made a previous attempt at a binding agreement in 2014-16: Missouri passed a similar law to this year’s in 2014, but Kansas’ last-minute law just before a 2016 deadline in the Missouri law precipitated a stalemate, and no new deal was made until this year.

It should be remembered that an agreement of this type has been advocated for by a number of companies in the region, notably Hallmark and the Hall Family Foundation. Their work uncovered the hundreds of millions of dollars that had gone into the border war and led to pressure being put on both state governments to end the madness.