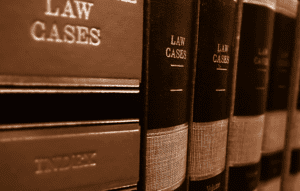 Washington, DC, June 19, 2019–A new compilation of court records finds that over the past decade employers have paid out $174 million to resolve class-action lawsuits alleging that they violated federal rules governing the use of background-check reports on job applicants. Companies providing those reports have paid out another $152 million when they have been sued directly.

The dollar totals derive from 146 successful class actions brought under the employment provisions of the Fair Credit Reporting Act (FCRA) against companies such as Amazon.com, Target Corporation, Uber Technologies and Wells Fargo.

“At a time when employers increasingly use background-check reports to screen job candidates, class actions lawsuits have become an important tool to ensure that the rights of applicants are protected,” said Good Jobs First Research Director Philip Mattera, who leads the work on Violation Tracker (available to the public at violationtracker.org).

The FCRA requires employers to get written consent from a job candidate before obtaining a background-check report, which may include criminal records as well as credit history and other personal information. Before making an adverse decision based on data in the report, the employer must give the applicant a copy and allow time for the person to challenge any inaccuracies in the document.

Since 2011 more than 40 employers have paid out FCRA employment settlements of $1 million or more. In one of the largest cases, Wells Fargo paid $12 million in 2016 to thousands of applicants whose FCRA rights were allegedly violated. Other large payouts by well-known companies include: Target ($8.5 million), Uber Technologies ($7.5 million), Amazon.com ($5 million), Home Depot ($3 million), and Domino’s Pizza ($2.5 million).

Providers of background-check reports also have obligations under the FCRA, including a duty to employ reasonable procedures to ensure the accuracy of the information they report. The Violation Tracker compilation includes 30 provider class actions with settlements amounts as high as $28 million.

The FCRA cases are the fourth compilation of employment-related class actions to be added to Violation Tracker, following ones covering wage theft, workplace discrimination and retirement-plan abuses. With the addition of the FCRA cases and the updating of data from more than 40 federal regulatory agencies and the Justice Department, Violation Tracker now contains 369,000 civil and criminal entries with total penalties of $470 billion.

Good Jobs First, based in Washington, DC, is a non-profit, non-partisan resource center promoting accountability in economic development. Its Corporate Research Project provides research resources for organizations and individuals concerned about all forms of corporate accountability.