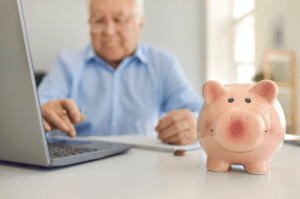 A new compilation of court records finds that large corporations have paid out $6.2 billion in class-action lawsuits in which employees claimed that the companies acted improperly in the administration of their 401(k) or defined-benefit pension or retiree health plans. That’s the total of 201 settlements and verdicts since the beginning of 2000 involving corporations in the Fortune 1000, the Fortune Global 500 and the Forbes list of America’s Largest Private Companies.

The largest settlement, $480 million, was reached in 2014 in a retiree health benefits suit brought against Daimler AG on behalf of workers at the German company’s U.S. truck manufacturing plants.

All 201 cases (details here) were brought under the Employee Retirement Income Security Act of 1974, or ERISA. The lawsuits alleged various types of misconduct by employers, including:

Some suits were brought against investment managers or plan trustees rather than the employer. For example, in 2015 Bank of New York Mellon agreed to a $335 million settlement to resolve allegations by multiple pension funds that it deceptively overcharged them on currency exchange rates relating to the purchase of foreign securities.

Apart from Daimler and Bank of New York Mellon, 13 other large corporations have had total ERISA payouts of $100 million or more.  Among them are IBM, Foot Locker, Xerox, Bank of America, AK Steel, AT&T and JPMorgan Chase. The industry with the most ERISA payouts is banking, with a total of more than $1.3 billion.

In addition to large for-profit corporations, some major nonprofits, especially healthcare systems, have had to pay out large sums. Most involve lawsuits alleging that religious institutions improperly claimed that their plans were exempt from ERISA. The biggest settlements have involved Providence St. Joseph Health ($351 million) and Bon Secours Mercy Health ($161 million from two suits).

In many cases the settlement costs are covered in part or wholly by an insurance policy, but Violation Tracker attributes the amount to the corporation or non-profit named in the lawsuit.

With the addition of the ERISA cases and the updating of other categories, Violation Tracker now contains more than 368,000 civil and criminal entries with total penalties of $464 billion. The new ERISA entries—like earlier compilations of wage theft and employment discrimination lawsuits—include details on each case and links to key court documents.