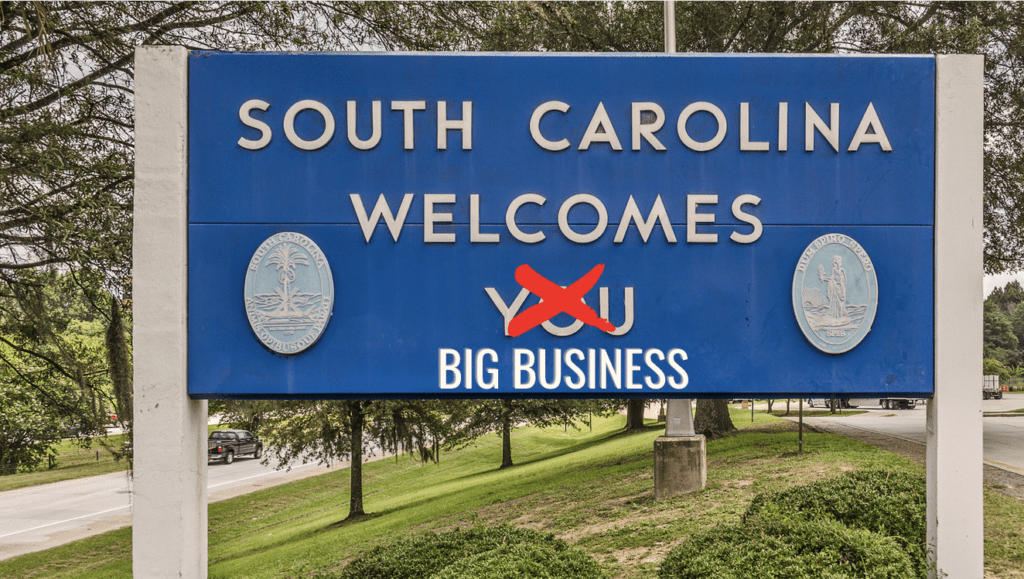 The Editorial Board of the South Carolina Post & Courier took a searing look at the way economic development subsidies are used in the state. As Good Jobs First reported, no public schools lose more to corporate welfare than those in South Carolina. And a striking thing about the way the deals are done? Schools have no say over the revenue other localities give away on their behalf.

“A report released last month shows that county councils gave away more than $500 million in school tax revenue last year through their own economic development efforts. That’s right: not county government money. School money. The money we use to pay for one of our best economic development investments.

Worse, that amount has grown each year since the information was first made public, from $326 million in 2017 to $534 million in the fiscal year that ended last summer. That means our counties are now abating an average of $850 per student per year — money that either the schools have to do without or taxpayers have to make up in higher taxes.

Worse still, the reason we know about the tax giveaways isn’t that there’s an S.C. law that requires counties to show the public how it gives away future school tax revenues; there’s not. We know because “generally accepted accounting principles” were changed in 2015 to require governments across the country to publicly report the type and value of tax incentives they give to businesses.”