Charlotte spends millions to attract jobs, but gets failing grade on transparency

March 10, 2017
Link to Full Story in The Charlotte Observer 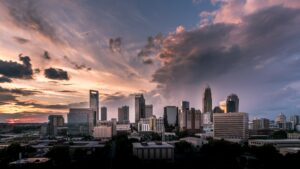 “Charlotte has an ambitious program to spend tax dollars to land new jobs. But when it comes to revealing information about its incentive programs, the city gets a failing grade, according to a national study.

The Washington D.C.-based group, Good Jobs First, ranked the nation’s 50 largest cities on how much they share with the public about their economic incentive programs. In Charlotte, the city often gives companies tax rebates in exchange for a company relocating to the city or an existing company adding jobs.

The incentives have been used for companies such as Siemens, Electrolux, Chiquita and Republic Services, the trash company. Since 1998, the city and Mecklenburg County have spent $55 million on property tax rebates to land new jobs.

But the report is highly critical of the city for not making information readily available on its website.

Good Jobs First said Charlotte is tied for “dead last” among the 50 biggest cities and counties. It said the city received a “zero” score for failing to disclose even the names of companies receiving subsidies.”