California Leads the Country in Local Prosecution of Business Misconduct 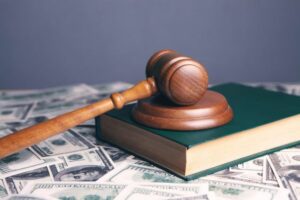 Washington, DC, December 10, 2019 — A new compilation of business-misconduct lawsuits filed by local prosecutors in the nation’s largest cities and counties finds that California accounts for far more cases than any other state. Since the beginning of 2000, local California prosecutors have brought 441 successful suits against corporations, representing more than three-quarters of all such cases in the 50 biggest cities and counties of the United States as a whole.

The case information was assembled by the Corporate Research Project of Good Jobs First as part of the latest expansion of Violation Tracker, the first wide-ranging database of corporate crime and misconduct. Violation Tracker is free to use at violationtracker.org.

“In most of the country, local prosecutors focus on homicides and other forms of street crime,” said Good Jobs First research director Philip Mattera, who leads the work on Violation Tracker. “California district attorneys and city attorneys supplement those kinds of prosecutions with cases involving fraud against consumers, pollution, wage theft and other corporate offenses.”

California is also unusual in that its localities frequently band together to bring cases against large companies. “We found 191 of these group lawsuits that together resulted in more than $1.8 billion in fines and settlements,” Mattera noted. These include a $1 billion settlement reached this year by 18 California counties and other public entities with Pacific Gas & Electric to resolve claims relating to the company’s role in major fires.

These multi-jurisdictional lawsuits are similar to those more often brought by groups of state attorneys general. In September, Good Jobs First published a report on these multistate cases, based on a compilation of more than 600 such actions.

The ability of California counties and large cities to pursue cases against corporations is strengthened by the state’s Unfair Competition Law and False Advertising Law, which prohibit many forms of predatory business conduct. Local prosecutor activism has caused tension with the state attorney general’s office, which views itself as the appropriate protector of the public against corporate abuses.

Although California’s local prosecutors have a commanding lead in the number of corporate cases, New York’s have collected the most penalty dollars. The Empire State’s $3.5 billion total (compared to $2.3 billion in California) is due mostly to a dozen very large cases brought against major foreign banks by the Manhattan District Attorney’s Office. The banks, such as BNP Paribas and UniCredit, were accused of doing business with parties subject to international economic sanctions.

New York local prosecutors have brought a total of 88 business misconduct cases that resulted in fines or settlements. The only other state in double digits is Texas, with 12 cases generating $12 million in penalties. Large localities in nine more states had one to six cases each: Arizona, Colorado, Florida, Illinois, Louisiana, Minnesota, Ohio, Oklahoma and Utah. Altogether, the 50 largest counties and 50 largest cities accounted for 565 cases and $5.9 billion in penalties.

The local prosecutors’ cases, along with an update of the existing categories, brings the number of entries in Violation Tracker to more than 397,000 with aggregate penalties of more than $600 billion.

Good Jobs First, based in Washington, DC, is a non-profit, non-partisan resource center promoting accountability in economic development. Its Corporate Research Project provides research resources for organizations and individuals concerned about all forms of corporate accountability.