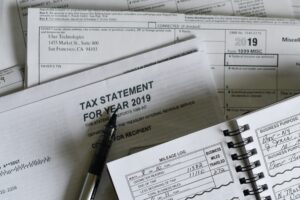 The Caddo Parish debate over a costly tax-break program deserves the attention of every Louisiana taxpayer.

Why? Because local elected officials in Louisiana recently regained a very important power they were stripped of 80 years ago. Unlike any other state in the nation, parish councils, school districts, sheriffs and  cities were denied the right to control decisions about whether to grant property tax abatements to corporations.

Since the 1930s, the program, the Industrial Tax Exemption Program, or ITEP, has been completely controlled by one state board. Long ago, it became a rubber stamp for automatic, 10-year, 100 percent property tax exemptions.

For almost 30 years, studies and news media reports have documented that many ITEP-abated projects create zero new permanent jobs or even eliminated some jobs, and many more create very few jobs. Yet ITEP now costs public services in Louisiana about $1.9 billion per year.

I run a think tank that looks at corporate incentive programs nationally. And in my view, ITEP is the nation’s most notorious property tax abatement system. The new chance Louisianans now have to fix it is long overdue.

Taxes are paid, and taxes are invested. Let’s look at them from both sides of the table.

From the point of view of petro-chemical companies and their suppliers who dominate the ITEP giveaways, property taxes have never been a determining factor for where they invest. The exemptions don’t influence corporate behavior because they are too small to make a difference. Property taxes make up a tiny 0.6 percent of petro-chemical plants’ cost structure, federal data reports — far too small to influence almost any investment decisions.

Petro-chemical companies invest in Louisiana because it has so much feedstock in the ground, so many supplier and customer linkages, and so much pipeline and waterway and railroad infrastructure to move product. Those are the business basics that, along with labor and other inputs, make up more than 98 percent of their cost structure. All state and local taxes combined are just 1.8 percent of their costs, federal statistics indicate.

Don’t take my word for cause and effect: Google phrases like “

.” You’ll find consulting studies and academic papers and trade association reports, but you won’t find anyone arguing that property taxes have any role. Most times, you won’t even find the word “tax” in them, or you’ll find only a fleeting reference.

Compared to other states, Caddo Parish and other localities in Louisiana are losing more than a third of the property tax revenues they would receive if they had a mix of revenues typical in other states. It goes a long way toward explaining why Louisiana schools are so underfunded, why the state’s public health system is in such dire condition, and why the state’s infrastructure problems have persisted. All of those public services are critical to every employer, including promising small firms seeking to grow.

But, of course, nothing has been typical about corporate property taxes in Louisiana for 80 years. They’ve been tightly controlled by a small group of people in Baton Rouge. In other states, property taxes — and property tax breaks — have always been controlled by locally elected officials, who are accountable to local voters.

Taxpayers and their elected officials should resist knee-jerk demands to just maintain the 80-year rubber stamp routine. They should ask questions such as: From the company’s viewpoint, would this tax break actually change its behavior? From our local viewpoint, what could we do with one-third more property tax revenues? How could we improve our local skills base and infrastructure and public safety and small business assistance programs? Could we improve public transit, or bring a grocery store to a food desert, or give citizens returning from incarceration a second chance?

In other words: What are our most-pressing economic development needs that ITEP has stifled all these years?