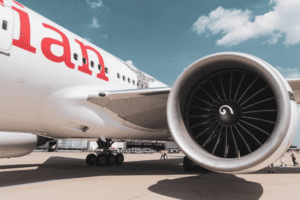 As first reported in The Wall Street Journal , Boeing is ending production of the 787 Dreamliner at Everett, Washington, and moving it to its newer facility in North Charleston, South Carolina. The company says this is the most efficient approach to reducing production of the jet from 10 per year to six per year in response to falling demand due to the coronavirus pandemic.

Moving production to South Carolina means that more than 1,000 Boeing workers at its Everett plant will likely lose their jobs as they no longer have a model to build.

This development marks the latest step in Boeing’s long-term assault on its unionized Washington workforce. When the state legislature there approved its $3.2 billion ($2 billion present value) subsidy deal for the 787 in 2003, legislators there were under the impression that they had “won” the project, that Boeing was now required to build all 787s in Washington. They were shocked and angered when the company announced that it would set up another assembly line in “right-to-work” South Carolina, complete with some $900 million in incentives, creating a plant that remains non-union to this day.

In large part, this new move became possible because this February , the company asked Washington to end the 2003 subsidy package, which had been ruled an unlawful subsidy by the World Trade Organization and upheld by WTO’s Appellate Body (click on “Summary of key findings”) in 2012. After getting hammered by the European Union in WTO compliance proceedings, Boeing decided it would clean its slate to be better positioned to attack EU-based Airbus for the subsidies it has received. The United States notified the WTO Dispute Settlement Body in May that Washington had terminated the subsidies in March. With no subsidy from Washington, the company no longer felt obligated to produce any 787s there. Note that there has been no indication that Boeing gave back the approximately $160 million a year it had received already under the 2003 subsidy deal.

According to the company , it did not receive any incentives to bring the remaining 787 production to South Carolina. That would be the right approach for Boeing to take if it wants to avoid further hassle with the World Trade Organization. Of course, we have seen plenty of examples where subsidies have been discovered long after a project was first announced. Think Foxconn in Wisconsin or Nissan in Mississippi. Call me cynical, but I wouldn’t put it past Boeing to find a way to get a subsidy for the “new” jobs in South Carolina. After all, from 2003-2012, the company had net negative state income taxes overall nationally.

Between the runaway jobs and the World Trade Organization subsidy rulings, if there were ever a time and a company calling for no development subsidies, Boeing is it in 2020.