Boeing got a record tax break from Washington state and cut jobs anyway. Now the state wants to strike back 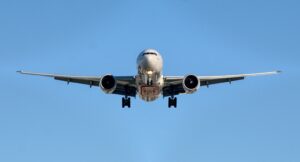 “According to Good Jobs First, which tracks corporate subsidies, Missouri has offered Boeing $229 million in subsidies if the company maintains a workforce of 14,500 and creates 2,000 new jobs; if employment falls below 11,000, Boeing must repay the subsidy. South Carolina capped some of its $450 million in incentives to attract a 787 Dreamliner plant at $12,500 per new job and mandated other investment.

There’s little mystery to why Boeing was able to extract a lavish no-strings-attached handout from Washington. The company is the state’s biggest corporate employer and the source of thousands of high-paying professional jobs. But its demands also have turned Washington into the national leader in Boeing handouts, with $12.3 billion in incentives bestowed on the company over the years by the reckoning of Good Jobs First. (South Carolina comes in second.)

Washington’s multibillion-dollar endowment to Boeing dates back to 2003, when the state awarded the company more than $3.2 billion in incentives through 2024. But the big handout came in 2013, when Inslee and the legislature extended the incentives through 2040, at an estimated value of $8.7 billion.

But that only heightened the need for Washington to be smarter. “When you’ve got a company so dominant it can have its way with the tax code,” says Greg LeRoy, executive director of Good Jobs First, “you have to build in safeguards.””