Black and brown students pay for this tax giveaway. Texas should not extend it.

Black and brown students pay for this tax giveaway. Texas should not extend it. 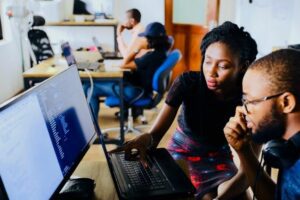 “The Houston Chronicle’s ‘Unfair Burden,’ series exposed how Texas companies cut their tax bills by more than $1 billion per year through just one corporate subsidy program.

Chapter 313, known for its place in the state tax code, costs more than $200,000 per job, mostly benefiting the oil and gas industry.

But there’s more to the story: That burdensome cost falls hardest on school districts with high populations of Black and Latino students. Because of the racialized nature of poverty in Texas, the subsidies enjoyed by huge corporations fall heaviest on students of color.

The Texas Legislature was wise when it recently decided to end Chapter 313 by 2022. But bad ideas die hard: a proposal to extend the giveaway to 2024 has just appeared as Senate Bill 26
.”

See the full story at Houston Chronicle. Note: This story requires a subscription to read.