Are You a Poor, Black, and/or Latino Student? You’re Paying More to Boost Corporate Profits

Plus: Staunchly opposed to paying its own taxes, Gallo Winery gladly takes public money from us

The poorer the students, the more likely they are to be part of a school district that loses significant amounts of money to corporate subsidies. That’s what Good Jobs First Research Analyst Christine Wen found when she looked more closely at the relationship between tax abatements and student populations.

In honor of Back-to-School season, let’s talk school funding and corporate subsidies, shall we? 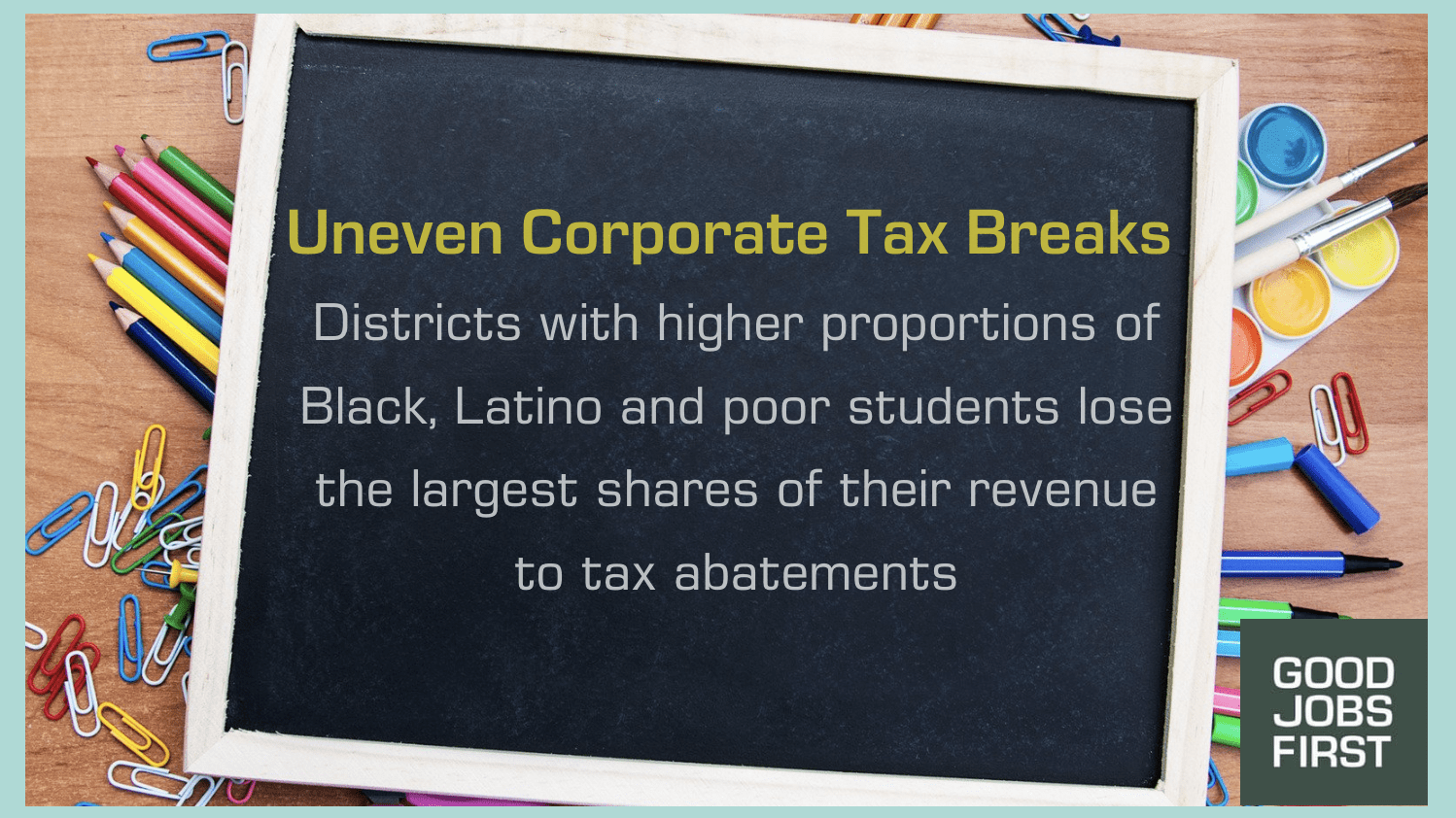 Back in March, our report, “ Abating Our Future: How Students Pay for Corporate Tax Breaks,” found economic development tax abatements given to corporations in fiscal year 2019 cost public school districts $2.37 billion in foregone revenue (in just the 27 states with reliable data).

Now co-author Christine Wen is digging deeper into those figures and finding more damning information about WHO is hit hardest by these deals, which are negotiated so often out of public view and routinely granted without the consent or even knowledge of the impacted school districts.

Students in the 211 public schools districts that lost more than 10 percent of their total property tax revenues are more likely to be Black, Latino and poor, she finds. Worse, many of these families already live in states with regressive taxing structures.

Put another way: The students who can least afford to subsidize corporations under the guise of “economic development” (a catch-all phrase that rarely does what it says) pay the most.

While we were doing the 50-state school report (which included tracking down 10,300 end-of-year spending reports), South Carolina stood out negatively: At $423 million, it topped the nation among states that disclosed the data in any meaningful way (and not all of them did, California).

The Post & Courier has just updated our findings in a new investigative report . It found that total jumped in fiscal year 2020 to $472 million . In one school district, the foregone revenue would have been enough to build a new high school every year—or hire more teachers, expand pre-K options, provide more counselors and nurses, add after-school offerings or many other things.

When Wen took a closer look at South Carolina, she found that school districts losing the most money to corporate tax abatements are also severely underfunded (as defined by its students in schools with below-average test scores).

It just makes me want to have a glass of wine, except that Googling “South Carolina wine” leads you to this doozie of a deal: California-based Gallo Winery is getting at least $25 million in subsidies (but probably significantly more) to open a plant in Chester County, S.C. The privately held wine company also got the state’s liquor laws changed so it could open three off-site wine tasting rooms (that’s not to mention the Gallo family’s staunch opposition to estate taxes). 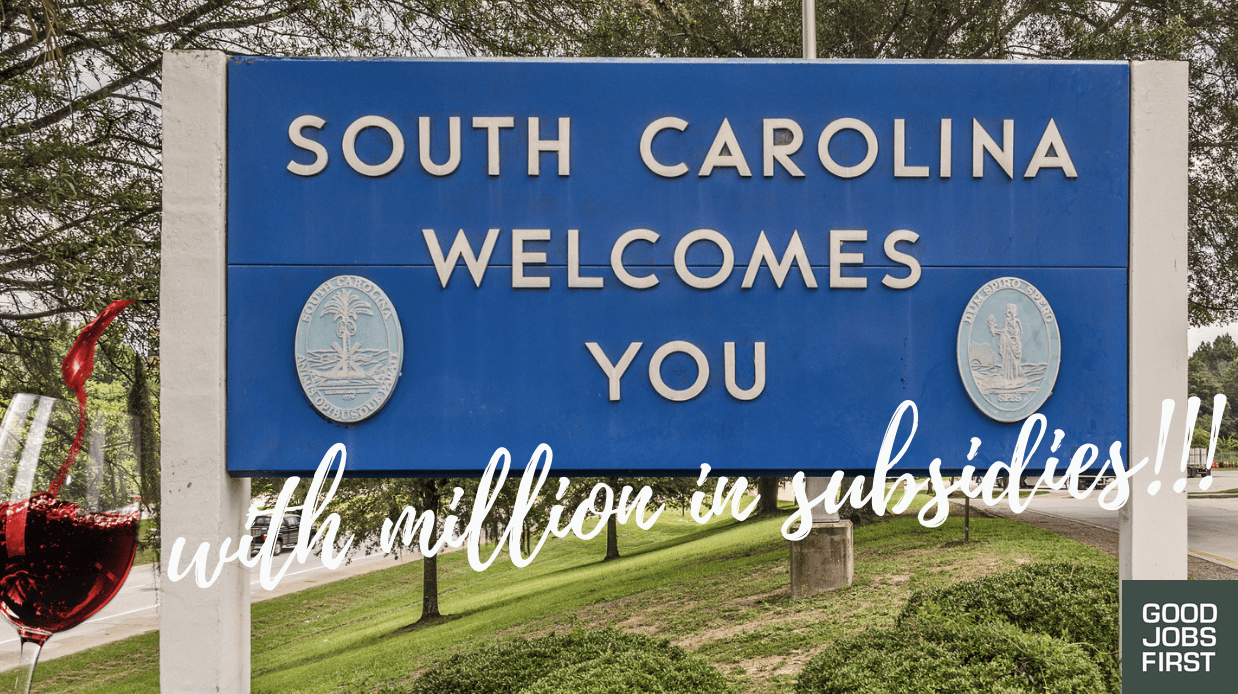 There are no specifics on the nearly 500 jobs Gallo is promising, according to The Nerve news site, which got a heavily redacted copy of the agreement. We’d guess, based on history, that a lot of the work will be low-paying, contracted out, and include many temporary construction jobs that don’t pay prevailing wage in the “right to work for less” state.

Other school news you may have missed:

For many of us, our kids are back in class for the first time since spring 2020. Here’s to a safe and joyful school year filled with new legislation allowing school boards to decide for themselves whether corporate subsidies are worth it or, better yet, shielding school revenue from the deals altogether!