And The Oscar Goes To: State Subsidies for Oscar Nominated Movies 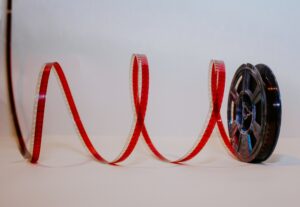 As we get closer to the Oscar gala, this is a good time to remember that the public supports the industry not only by buying movie tickets and paying for streaming subscription but also by providing film production companies with lucrative tax subsidies.

A quick look into state tax subsidies to movies nominated for the best picture reveals two things. One: there is still a great deal of secrecy surrounding public subsidies provided to the movie industry; two: from what we know, states contributed millions of dollars to movies that made huge profits.

California, where Once Upon A Time in Hollywood and Ford v. Ferrari were made, provides good disclosure of movie subsidies. New York also has a helpful disclosure website. Joker , The Irishman and Marriage Story, which were filmed there, are not listed in the disclosure documents, but the state development agency said the movies participated in the program. New Jersey, which recently renewed its film subsidy program, doesn’t provide online disclosure but emailed us information on Joker. The Massachusetts Department of Revenue, which publishes a Tax Credit Transparency Report, is overdue in posting the newest report which would include subsidies given to Little Women . ( 1917 , Jojo Rabbit and Parasite were made overseas).

Below is a list of Oscar nominate movies for best picture and their subsidy price tags.

(For productions with no disclosed subsides, we used estimates by the Smoke Free Movies campaign, an initiative housed at the University of California San Francisco that aims to discourage the depiction of smoking in movies seen by children. Researchers there estimate that film subsidies to movies are at about 18 percent of reported production budgets.)

The Irishman – unknown amount from New York and Florida. No credits from New Jersey.

Evidence from audits and academic research shows that film subsidies do not grow state economies and often have negative return on investment. On top of that, many state film subsidies have grown to be extremely expensive. Louisiana spent $180 million in FY 2018 on movie productions; California ’s program is capped at $330 million annually; Georgia’s program is estimated at $545 million in FY 2021 (on top of a big scandal that is playing out now there); and New York provided astonishing $758 million in CY 2018 to movie productions.

“It’s a classic example of how money wasted on subsidies might be spent on more urgent priorities —Georgia, for example, spends almost nothing on tobacco prevention but tens of millions on films and TV shows that promote kids to smoke,” says Jono Polansky of Smoke Free Movies.

When producers will come to the stage on Sunday to thank those who made the winning movie possible, one thing is sure – they will not thank the states for giving them millions of dollars in tax subsidies.