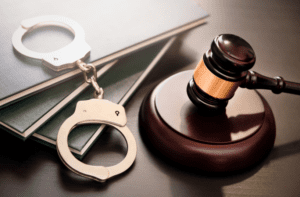 Washington, DC — While Washington is focused on deregulation, the country’s first database on corporate crime has documented the wave of cases against major companies resolved by the Obama Administration during its final weeks.

Violation Tracker, a public service of Good Jobs First’s Corporate Research Project launched in 2015, today posted recent enforcement records showing that between Election Day and the inauguration, the Justice Department and other federal agencies obtained more than $20 billion in penalties and settlements from dozens of companies accused of a wide range of offenses involving financial, environmental, health and other harms to large numbers of people.

Violation Tracker is available and free at https://goodjobsfirst.org/violation-tracker.

“Given the Trump Administration’s focus on deregulation rather than enforcement, the Obama Administration’s wave of case resolutions may represent Uncle Sam’s last hurrah against business misconduct for some time,” said Good Jobs First Research Director Philip Mattera, who leads the work on Violation Tracker. “The data in Violation Tracker should give pause to those who argue for less oversight.”

Banks and other financial services companies account for the largest portion by far of the recent cases, racking up nearly $15 billion in fines and settlements with DOJ, the Consumer Financial Protection Bureau, the Securities and Exchange Commission and banking regulators. Automotive companies like Volkswagen and Takata are second with about $5.5 billion, while pharmaceutical and healthcare firms account for about $1.2 billion.

In addition to the recent cases, Violation Tracker now includes data from nine additional federal agencies, bringing the total to 39. Among the nine are the Equal Employment Opportunity Commission and the Labor Department’s Office of Federal Contract Compliance Programs, both of which deal with allegations of workplace discrimination. Wage theft cases brought by the DOL’s Wage and Hour Division as well as related private litigation will be covered in an update to Violation Tracker later this year.

The update also includes an additional category of cases handled by the Occupational Safety and Health Administration: penalties imposed on companies for retaliating against employee whistleblowers. These cover cases in which workers complained about physically unsafe conditions as well as ones involving complaints about corporate financial misconduct. The latter, stemming from authority given to OSHA under the Sarbanes-Oxley Act, include cases brought against banks such as JPMorgan Chase and Bank of America.

With the update and coverage expansion, Violation Tracker now contains more than 120,000 entries with total penalties of more than $320 billion, most of that connected to some 2,300 large parent companies whose disparate individual entries are linked together in the database. Coverage currently begins in 2010 but will be extended back to 2000 later this year.

Individual entries include links to official online information sources. The new version of Violation Tracker supplements those with links to archival copies of those sources preserved on the Good Jobs First server.

Good Jobs First is a non-profit, non-partisan resource center promoting accountability in economic development. Based in Washington DC, it was founded in 1998. Its Corporate Research Project provides research resources for organizations and individuals concerned about all forms of corporate accountability. The initial version of Violation Tracker was made possible by a grant from the Bauman Foundation. Additional support has been provided by the Surdna Foundation, the MMHBO Fund, and The Reva & David Logan Foundation.